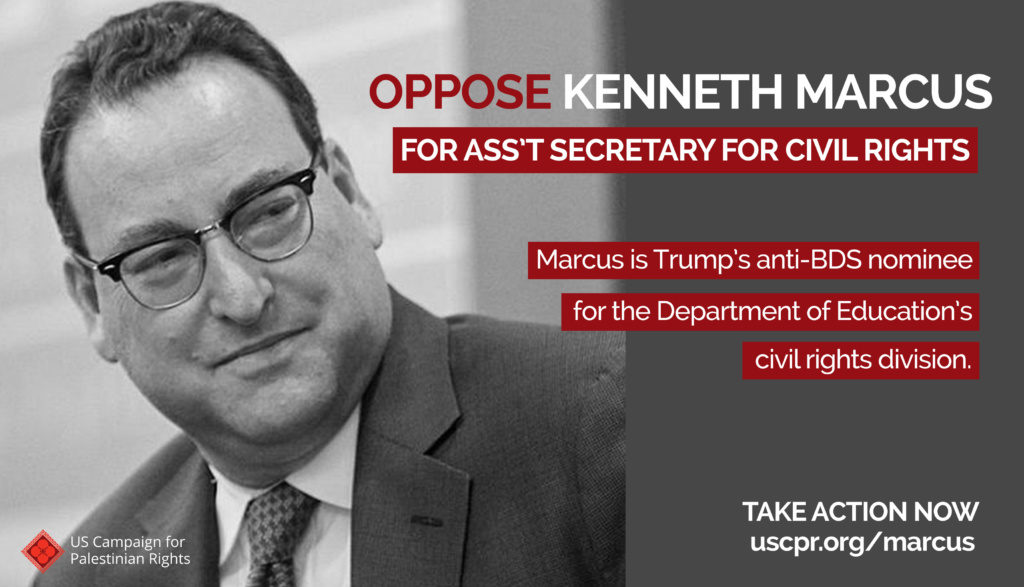 The American-Arab Anti-Discrimination Committee (ADC) urges you to call and email your Senators and demand they vote NO on Kenneth Marcus, Pres. Donald Trump’s nominee for Assistant Secretary for Civil Rights at the U.S. Department of Education (DOE).

As head of the Brandeis Center, Marcus joined pro-Israel lobby groups to call on Congress to “end or mend” federal funding for Middle East Studies programs whose courses are critical of Israeli policies and American conduct in the region.

An opponent of the boycott, divestment and sanctions movement against Israel, Marcus used litigious bullying to try to force professors to fall in-line by filing a lawsuit against the American Studies Association after it endorsed BDS.

Marcus has proposed a broad definition of anti-Semitism that would include criticism of Israel and has implored the DOE’s Office of Civil Rights to investigate alleged “anti-Semitic incidents that masquerade as anti-Israelism” by pro-Palestinian voices on campus.