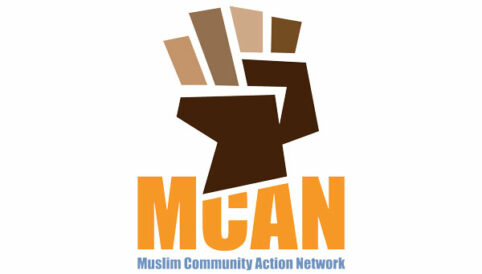 To attain policy change, the Los Angeles office of the Council on American Islamic Relations (CAIR-LA) has launched a new network of community organizations and leaders called the Muslim Community Action Network (MCAN).

MCAN is a network of Islamic centers and Muslim organizations in the Greater Los Angeles area whose leaders are building relationships across historical divisions of race, ethnicity, class, and neighborhood to cultivate leadership and exercise their collective power to make change on local issues relevant to the community. The goal of the initiative is to meet with community members to learn about local issues of concern to our community and then organize a plan to tackle them. While MCAN will rely on outreach and education as means to engage and bring more people in, it will also involve working with allies and speaking with elected officials.

Through MCAN, the CAIR-LA team will work to train and mobilize community members from all backgrounds, especially youth, women, and community leaders, on how to push local and statewide policy change through base-building, power analysis, public action, and large-scale mobilization. At CAIR-LA, we are committed to ‘acting with’ not ‘for’ the Muslim community to build our collective power for the long run as agents for positive change in our local communities.

In our pilot year, CAIR-LA is committed to a culture of experimentation, shared ownership, and shared learning in the craft of community organizing. Through this ripple and trickle-down process, we will be able to build a base of support for our power-building and community organizing work that will also benefit the constituents of our Institutional Partners and the Muslim community of Southern California as a whole. We are looking for five to seven Institutional Partners at the county level, such as mosques and other Muslim organizations with access to hard-to-reach (HTC) segments of the community. Once we partner with these Institutional Partners, they will each assign two Community Captains, from within their team, who will then identify and recruit five to ten volunteers within their institutions to train and empower their core teams. Our objective is to recruit 10 to 14 Community Captains, who will organize 50 to 140 volunteers within the first year of this pilot program.

Another important component of MCAN is relationship building. Therefore, our programs team has been holding one-on-one meetings with members of the community to identify potential Community Captains and members of their core team within their assigned region of Southern California.

MCAN is also embracing a trickle-up approach to community organizing and systems change through relational and group meetings. These meetings, called Listening Sessions, will be an opportunity to connect with community members and listen to their concerns to better inform policy decisions at the city, county, state, and federal levels.

You can support CAIR-LA as we work to build Muslim political power. Donate today!