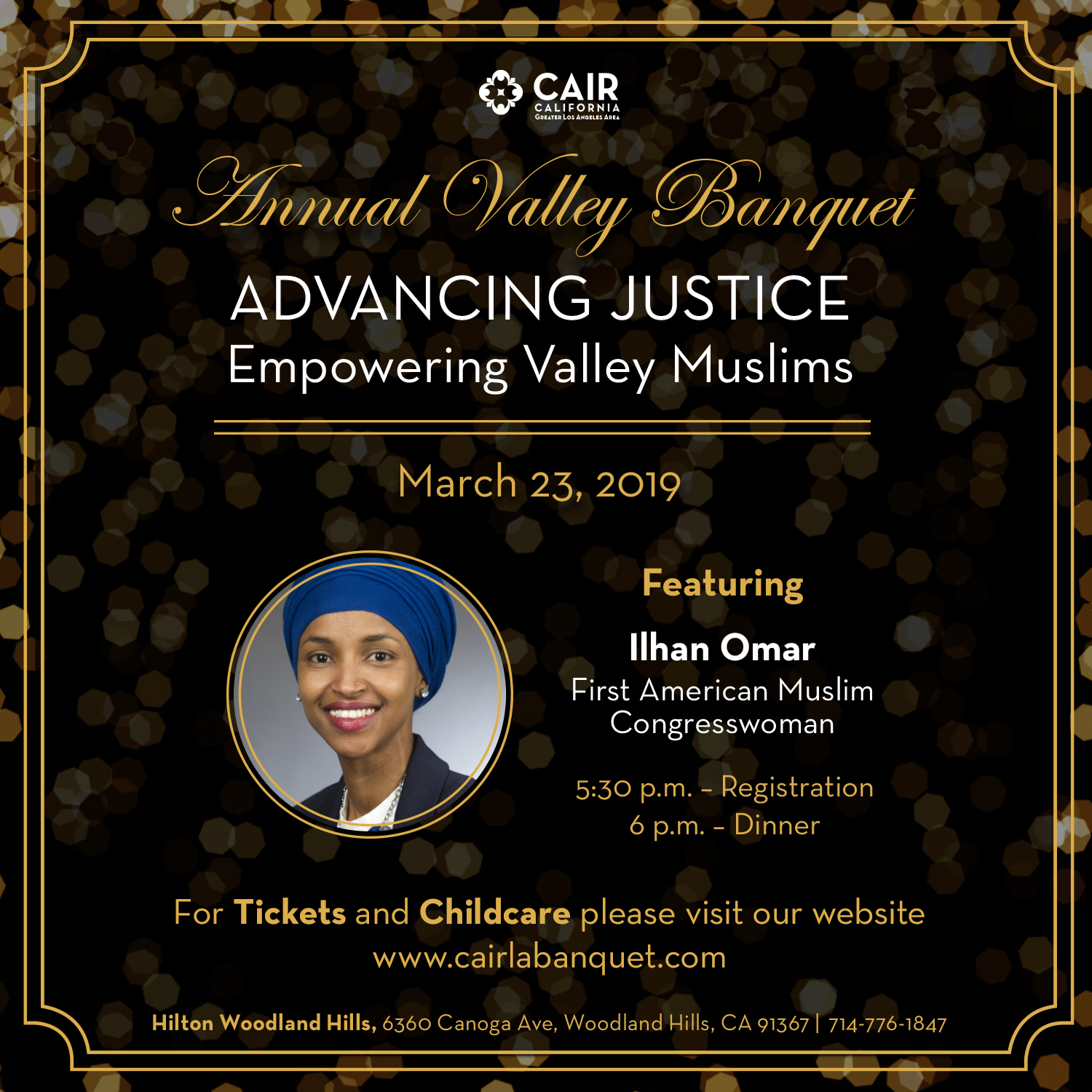 CAIR-LA is honored to have Congresswoman Ilhan Omar (D-MN) as the featured speaker for the 4th Annual Valley Banquet.
Born in Somalia, Ilhan and her family fled the country’s civil war when she was 8 years old. They lived in a refugee camp in Kenya for four years before coming to the United States, eventually settling in the Cedar-Riverside neighborhood of Minneapolis in 1997.
Ilhan’s interest in politics began at the age of 14 when she was as an interpreter for her grandfather at local DFL caucuses. Watching neighbors come together to advocate for change at the grassroots level made Ilhan fall in love with the democratic process. Through her advocacy work, she’s advanced important issues, including support for working families, access to education, environmental protection, and racial equity.
In 2016, Ilhan became the first Somali-American, Muslim legislator in the United States. She was elected to the Minnesota House of Representatives in District 60B, where she’s lived for the past 20 years and where she and her husband Ahmed are raising their three children.
In 2018, she won the congressional seat vacated by Rep. Keith Ellison, the first American Muslim elected to Congress, becoming one of the first two American Muslim women elected to Congress.
Make sure to purchase your ticket today!