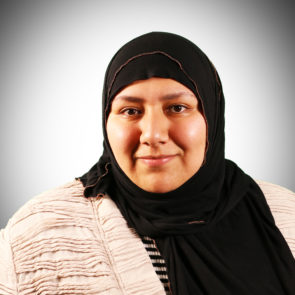 Edith Guefroudje is CAIR-LA’s Operations Coordinator and tasked with the administration of the day-to-day office tasks related to operations within the office. She previously served as the Administrative Coordinator for CAIR-LA.

Before joining CAIR-LA, Edith exhibited her unique skills in a variety of positions. She worked as a team leader helping unaccompanied refugee minors in the Fullerton area from 2016 to 2017, as a child care provider for the Riverside County Office of Education in 2013 and as a residential counselor assisting children and families from 2013 to 2014.

Edith, a Riverside resident, earned a bachelor’s degree in psychology at Cal State Fullerton in 2013.