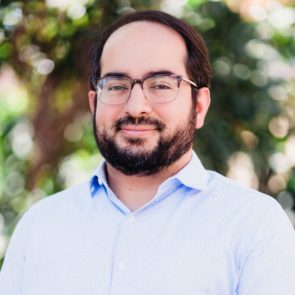 Masih Fouladi is the Deputy Executive Director of the Los Angeles chapter of the Council on American-Islamic Relations (CAIR-LA).

Masih has 10 years of advocacy experience, working to protect the civil rights of the African, Middle Eastern, Muslim, and South Asian communities, focusing on defeating systemic injustices that harass, harm, and criminalize communities of color and immigrants through legal, media, and grassroots advocacy.

He is an expert on issues of immigration policy and at combating Islamophobia, hate crimes, school bullying, government discrimination and racial targeting of Muslim Americans.

In his role as Deputy Executive Director, Masih:

Prior to joining CAIR-LA, Masih served as the Executive Director of CAIR Washington for three years, where he:

He co-authored CAIR-CA’s nationally recognized school bullying report in 2017 and served as Greater Los Angeles regional anchor for the No Muslim Ban Ever campaign.

As a Muslim Iranian American, Masih is passionate about establishing organizational infrastructure that will allow his community to thrive. He is a fan of chai, chocolate, and the NBA, and enjoys spending time in nature with his family.