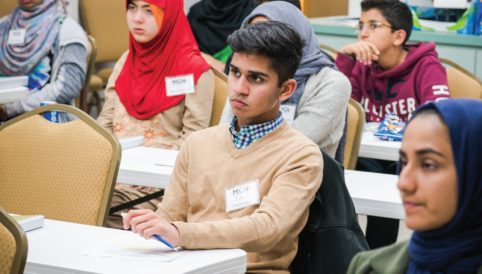 ANAHEIM, CA — More than 40 percent of California’s Muslim students say they’ve experienced bullying in school, according to a new report conducted by the Council on American-Islamic Relations. The full report will be presented at CAIR’s Anaheim office on Wednesday, Oct. 16.

The bullying figure — more than twice the national average — is one of several troubling findings from the report, based on a survey conducted by CAIR’s California chapter that surveyed about 1,500 Muslim students around California between the ages of 11 and 18.