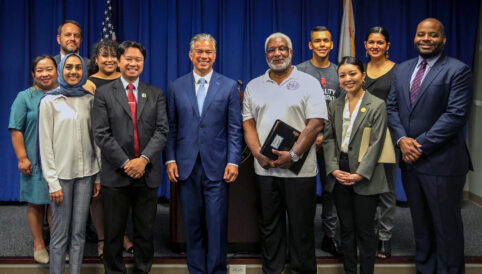 (LOS ANGELES, CA – 6/29/2022) – The California chapter of the Council on American-Islamic Relations (CAIR-CA) today welcomed the release of Attorney General Bonta’s 2021 Hate Crime Report and announced its 2022 Annual Legal Report highlighting the increase in incidents of bias, discrimination and hate crimes in the state.

The attorney general’s 2021 Hate Crime in California report provides information and resources to support ongoing efforts across the state to combat hate. Compared with the previous year, 2021 saw a 32.6% increase in overall reported hate crimes for a total of 1,763 bias events—the highest reported level since 2001. The report also states that hate crimes involving religious bias increased by 21.1% in 2021.

Similarly, CAIR-CA’s 2022 Annual Legal Report demonstrates an increase in religious bias incidents. In the report, CAIR-CA addresses specific incidents of hate reported by the community beyond numbers and statistics to illustrate the ways individual victims of hate can be deeply impacted by these negative experiences. One example involves a case handled by the Los Angeles office of a local Imam whose family had to live in constant fear after he was verbally and physically attacked by a neighbor who called him a “terrorist” and “dirty Arab.” Although CAIR-LA was ultimately able to help the Imam and get the perpetrator evicted, no hate crime charges were brought against the assailant. This incident is just one example of the way the American Muslim community continues to be at the forefront of hate and discrimination and speaks to a deeper, systemic issue with the way hate incidents and crimes are not adequately addressed within the justice system.

“The findings in this report outlining the overall increase in hate crimes in California are appalling but not surprising, since it reflects the experiences relayed to us by our community. Due to these circumstances, it is critical to continue to inform our community of the resources available to them, such as CAIR-CA’s new Center for the Prevention of Hate and Bullying (CPHB), which works to proactively address incidents of hate as well as the systemic issues that arise when reporting these issues to law enforcement and lawmakers.

“We thank Attorney General Bonta for his continuous efforts in working with the community and other organizations to strengthen the response to the rise in hate crimes and look forward to collaborating to further address the concerning increase religious bias and hate. CAIR-CA will continue to proactively combat hate and discrimination and stand by those who are marginalized.”

CAIR-CA’s 2022 Annual Report details all 1,990 legal intakes received by the four CAIR-CA offices in 2021 and highlights the work CAIR-CA has done to respond to many of the varied civil rights and immigration needs of the California Muslim community.

CAIR-CA urges the Muslim community to report any religious discrimination to CAIR using this form. Our civil rights services are provided free of charge to the community.