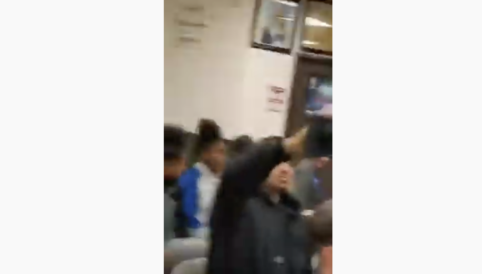 (LOS ANGELES, CA – 2/4/2020) – The Greater Los Angeles Area office of the Council on American-Islamic Relations (CAIR-LA) today called for a hate crime investigation of a group of anti-Muslim, pro-Trump agitators who disrupted an educational forum for the 25th Congressional District candidates on Feb. 1 in Palmdale, Calif.

Some seven to 10 people disrupted the forum, co-sponsored by CAIR-LA and the American Islamic Institute of Antelope Valley. As one of the forum participants denounced Trump’s Muslim Ban, a member of the audience began shouting in support of Trump.

“Are you Islamic? American values are not Islamic values.” Another member of the audience threated to pull off another attendee’s hijab, or Islamic headscarf.

The event quickly devolved into screaming and yelling and the Los Angeles County Sheriff’s Department was called in to break up the event.

“It is sad that a group of bigots would choose to disrupt something as American as a forum to allow voters to hear from candidates running for public office. Their actions showed a lack of decency and respect for the voters attempting to learn more about people wanting to represent them in Congress. We take the threats against a woman wearing a hijab seriously. We ask for the L.A. County Sheriff’s Department to investigate the incident as a possible hate crime.”