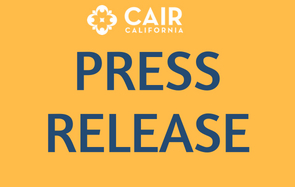 (LOS ANGELES, CA – 2/14/2018) – The Greater Los Angeles Area chapter of the Council on American-Islamic Relations (CAIR-LA) today joins with its national and affiliate chapters in condemning and rejecting President Donald Trump’s planned declaration of emergency powers to construct a border wall.
CAIR maintains Trump’s declaration is an abuse of executive authority and immediately invites legal and congressional challenges as it may not be constitutionally permissible.
Trump’s announcement came on the heels of his signing a border security bill Thursday to avoid another governmental shutdown.
The border security bill Trump signed Thursday provides $1.375 billion for border barriers, but nothing for the wall he has promised to build since he was a candidate.
READ: Trump to declare national emergency to build wall, McConnell says
https://www.latimes.com/politics/la-na-pol-congress-shutdown-vote-20190214-story.html
In a statement, CAIR-LA Executive Director Hussam Ayloush questioned the president’s legal authority to declare a national emergency for the purposes of unlocking or diverting military construction funds to build a border wall:
“It is not surprising that Trump would use any avenue possible to progress his agenda of bigotry and hatred, especially toward migrants and asylum seekers. The methods in which he has directed his minions to treat migrants and asylum seekers is not what America stands for. We stand in solidarity with those asking to be treated with dignity and respect from an administration that has shown none.
The declaration was a reaction to Congress rejecting his requests for funding to construct a border wall, which initially led to a partial government shutdown that lasted 35 days.
CAIR-LA is Southern California’s largest Muslim civil liberties and advocacy organization. Its mission is to enhance understanding of Islam, protect civil rights, promote justice and empower American Muslims.
– END –
CONTACT: CAIR-LA Communications Manager Eugene Fields, 714-851-4851 orefields@cair.com