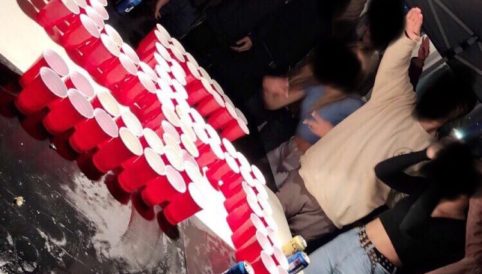 (ANAHEIM, CA – 3/3/2019) – The Greater Los Angeles Area office of the Council on American-Islamic Relations (CAIR-LA) today condemned Nazi imagery pictured at a teen party in Orange County on Saturday night that was circulated over social media.

A statement from the school district read that “while the party did not occur on any school campus or school function, we condemn all acts of anti-semitism and hate in all their forms.”

Metoyer told The Register that district and school administrators were meeting to determine further action, including possible disciplinary action against the students who were involved.

“We stand in solidarity with the Jewish community and all other targeted minorities and against the actions of bigots who violate our nation’s long-standing principles of religious tolerance and inclusion. These young adults are expressing hatred that has been handed down from an older generation. The current trend of normalizing hate speech has emboldened bigots in their speech, as well as their actions. We encourage the Newport-Mesa Unified School District to address and educate their students about the harm of bigotry.”

CAIR and the American Muslim community have in the past expressed solidarity with Jewish, Christian, Native American, African-American and Sikh communities nationwide following acts of hate, threats, violence, vandalism, arson or bombings.

“Anti-Semitism, xenophobia and bigotry in any forms are unacceptable,” Ayloush said. “We will continue to stand up and defend our fellow community members in the face of hatred.”