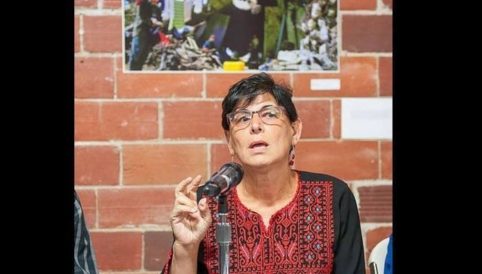 (LOS ANGELES, CA, 6/7/2019) – The Greater Los Angeles Area office of the Council on American-Islamic Relations (CAIR-LA) today condemned an attempt to silence Dr. Rabab Abdulhadi during and after her guest lecture on Islamophobia to an undergraduate anthropology class at UCLA in May.

Dr. Abdulhadi, the director and senior scholar of Arab and Muslim Ethnicities and Diaspora Studies at San Francisco State University, was invited to give a guest lecture to the undergraduate course, “Race and Racism,” taught by Dr. Kyeyoung Park, a professor of anthropology and Asian American studies.

In her lecture, entitled “Islamophobia and the Attacks against Palestine Organizing and Scholarship,” Dr. Abdulhadi discussed the historical background and context of Islamophobia and Zionism as a colonial and white supremacist project, among other topics.

During the question and answer period, several students verbally attacked Dr. Abdulhadi. The students called her an anti-Semite and used other insulting tactics to attempt to discredit and silence Dr. Abdulhadi. UCLA’s senior administration opened an investigation after one of the students complained about Dr. Abdulhadi.

“We also wish to express our grave concerns regarding the manner in which students communicated their discomfort and disagreement with Professor Abdulhadi’s arguments and scholarship. The two students conducted themselves in a blatantly disrespectful manner. The combative and unproductive nature of their attacks should not be permitted in an academic environment under any circumstances, nor should UCLA’s administration excuse their conduct through inaction.

“It is clear these students intended to silence Professor Abdulhadi, figuratively and literally, by using misplaced emotion and anger to invalidate her arguments and critiques concerning Zionism as it relates to Islamophobia and the Palestinian struggle.”

Both Professor Abdulhadi and Professor Park have received a wide-range of support for their conduct from organizations including the UCLA Faculty Senate, the university’s Anthropology Graduate Student Association and Academia for Equality.

In his letter, Ayloush urged the senior administration of UCLA to support the two professors:

“We urge you to continue to allow meaningful dialogue and scholarship to flow in and throughout the UCLA campus. We urge you to protect and validate the voices of those who seek justice for Palestine and to defend and support them following illegitimate cries of anti-Semitism and wrongful denunciation.”