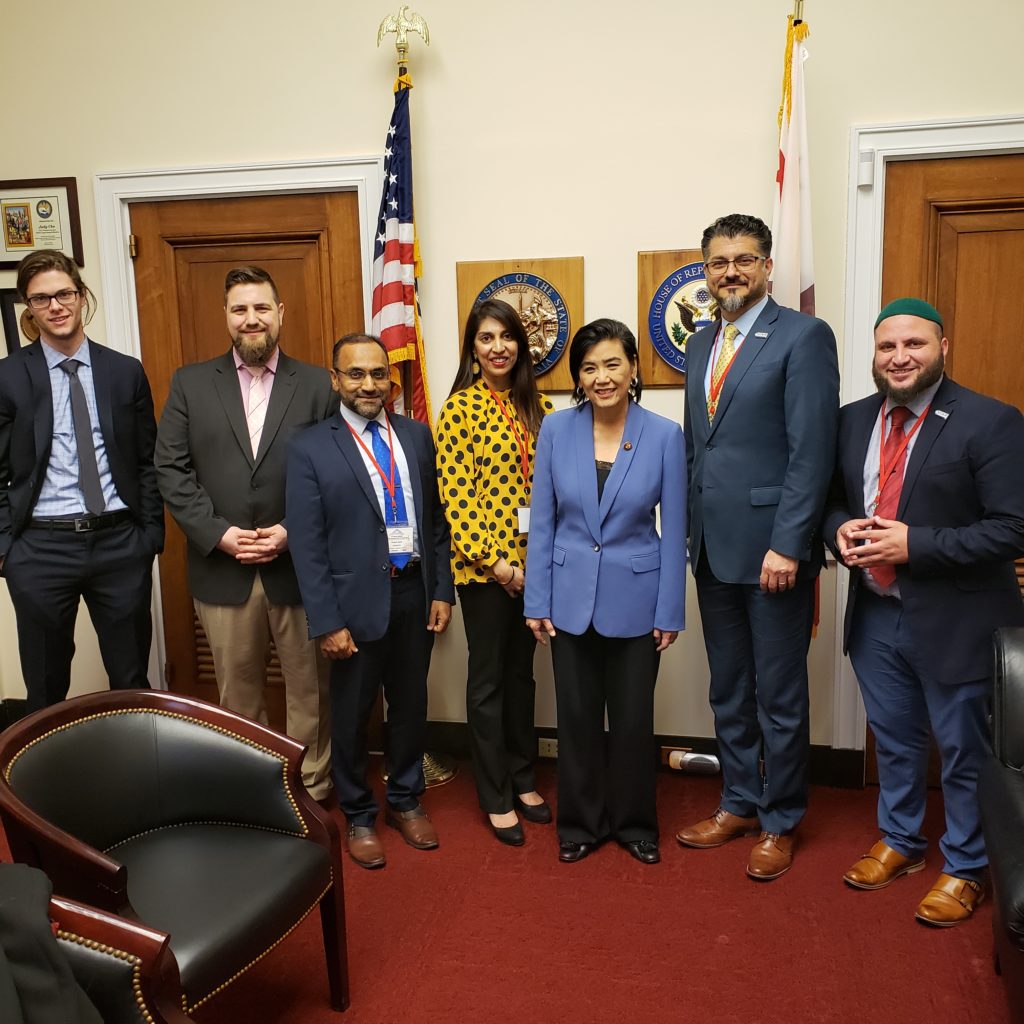 (LOS ANGELES, CA – 4/5/2019) – The Greater Los Angeles Area office of the Council on American-Islamic Relations (CAIR-LA) today thanked Rep. Judy Chu (CA-27) for reintroducing to the House of Representatives a resolution celebrating the history and contributions of American Muslims and acknowledging their contributions to the United States.

Chu introduced similar legislation in 2018. Thirty-two lawmakers – all Democrats – co-sponsored that legislation. Then-House Speaker Paul Ryan and the Republican-controlled House of Representatives did not allow the 2018 resolution to be considered.

“Congresswoman Judy Chu has been a strong ally in the fight for equality and justice and to ensure that no American Muslim feels unsafe or unwelcome. In the growing climate and threat of Islamophobia in America and around the world, it is more important than ever to stand shoulder to shoulder with our allies and show that we are here to stay. We thank her and every one of her colleagues who has signed on to the resolution as a co-sponsor and echo her hopes for its passage.”

Since its introduction on April 1, H Res. 276 has gained 17 co-sponsors – including Rep. Omar, Rep. Lou Correa (CA-46) and Rep. Linda Sanchez (CA-38). The bill has been assigned to the House Committee on Oversight and Reform.