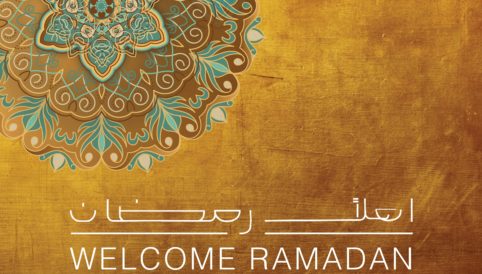 [*NOTE: Ramadan is the ninth month of the Islamic lunar calendar during which Muslims abstain from food, drink and other sensual pleasures from before dawn until sunset. Because the beginning of Islamic lunar months depends on the actual sighting of the new moon, consult local Muslim communities for the exact dates and times of Eid ul-Fitr activities.]

During the Eid ul-Fitr (EED-al-FITTER), or “feast of fast-breaking” holiday, Muslims would normally offer public prayers, exchange social visits and seek to strengthen family and community bonds. During this holiday, Muslims greet each other by saying “Eid Mubarak” (EED-moo-BAR-ak), meaning “blessed Eid,” and “taqabbalallah ta’atakum,” or “may God accept your deeds.” In past years, many communities also held multicultural bazaars and other family activities following communal prayers.

The Fiqh Council of North America (a national council of Islamic legal scholars) has called on mosques and Islamic centers to “strictly follow the health and state official guidelines for social gatherings and distancing,” and to hold Eid prayers at home and to “listen to virtual Eid reflections from their local masjids (mosque).”

Eid ul-Fitr is the first of the two major Muslim holidays. The second holiday, Eid ul-Adha (EED-al-ODD-ha), comes near the end of the Hajj, or pilgrimage to Mecca.

CAIR-LA staff normally visits many of the more than 100 mosques throughout Southern California during Ramadan but instead held a series of virtual webinars.

“The month of Ramadan was an opportunity for the American Muslim community, and for Muslims around the world to increase spirituality and generosity while obeying God’s commandments.

“Even though our staff could not conduct our usual outreach visits to the mosques in Southern California, we were proud to participate in efforts to provide non-surgical masks to medical professionals and food for others working the frontlines. We pray the Southern California Muslim community, as well as our non-Muslim brothers and sisters, stays safe and healthy during this time.”