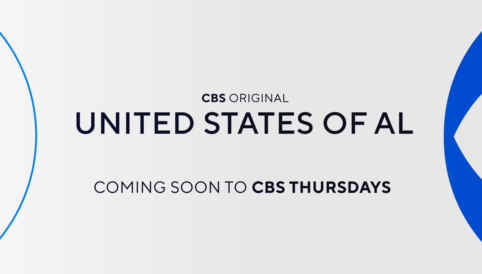 (LOS ANGELES, CA – 04/01/2021) The Greater Los Angeles Area office of the Council on American-Islamic Relations (CAIR-LA) and Afghan American Muslim Outreach (AAMO) today thanked CBS for screening two episodes of “The United States of Al” for a group of Afghan and Muslim community members and encouraged the network to continue to use community feedback to address concerns about the program and improve representation of minorities across the network.

The show, set to debut tonight on CBS, features the friendship between Riley, a Marine combat veteran struggling to readjust to civilian life in Ohio, and Awalmir (Al), the Afghan interpreter who served with his unit and has just arrived to start a new life in America. It has been a topic of conversation within the Afghan and Muslim communities since a trailer aired earlier this month.

SEE: I sat through Chuck Lorre’s cringe new Afghan War Sitcom in Kabul so you don’t have to

WATCH VIDEO: My Hot Take on United States of Al

“We thank the producers of The United States of Al for their proactive engagement with members of Muslim and Afghan communities dating back to September of 2020.

“Although we appreciate the positive intentions that motivated the program, as well as the show’s effort to portray Afghans and Muslims in a more positive light, we share community concerns about the plot, including stereotypical portrayals used for humor.

“We will continue to share the spectrum of feedback we receive that is informed by impacted communities with CBS to help improve the depictions of Afghans, Muslims and other minorities on the show.

“We thank Reza Aslan, Mahyad Tousi and the Afghan writers and cast who are a part of this project for their participation in these conversations and look forward to their continued engagement with broader members of the Afghan and Muslim community throughout the duration of The United States of AI.”

“Representation matters, especially with respect to the leading role in this sitcom. Given the current casting for the role, we will continue to advocate for larger roles for the Afghan actors within the series as well as the development of Al’s character so that it embodies the complexities of being an Afghan American.

“We look forward to working with CAIR-LA, Reza, Mahyad and the team of Afghan writers at CBS to ensure that our community especially young Afghan women and men interested in careers in Hollywood are given a platform to engage with the studio going forward.

“We hope this is just the beginning of our engagement with one another.”

After communications with CAIR-LA and AAMO, Executive Producer of United States of Al and Cofounder BoomGen Studios Mahyad Tousi said:

“Community engagement has been at the center of everything we do at BoomGen Studios for the last fifteen years. CBS and Warner have been exceptional partners in supporting our outreach to the Afghan community ever since our pilot was given the go-ahead last year.

We are excited to welcome Afghan and Muslim communities in the Greater Los Angeles region through CAIR-LA, AAMO, and other Southern California-based Afghan organizations into the conversation.

“As artists and activists, we believe storytelling and storytellers play a unique and critical role in healing the narrative deficit disorder that plagues our country and the world. Welcoming difficult conversations is an integral part of the process of healing.”