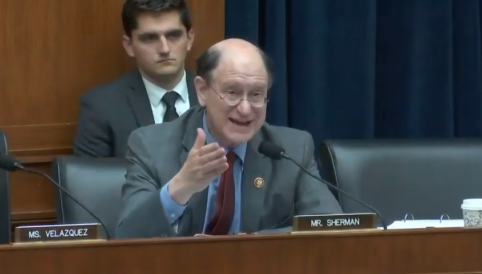 (LOS ANGELES, CA – 10/8/2019) – The Greater Los Angeles Area office of the Council on American-Islamic Relations (CAIR-LA) today welcomed an announcement by Congress member Brad Sherman (CA-30), chair of the House Subcommittee on Asia, to hold a hearing on human rights in South Asia.

According to a release from Rep. Sherman’s office, the hearing will focus on the Kashmir Valley and review the humanitarian crisis in Kashmir.

READ: Asia Subcommittee to Hold a Hearing on Human Rights in South Asia on October 22nd

The national office of CAIR will submit a comment at the hearing, scheduled for Oct. 22.

There are widespread reports of torture of detainees. The Indian security forces have also arrested children, inflicted beatings on children, and kept their whereabouts secret from their parents. The siege has led to an urgent and grave humanitarian crisis where residents are facing a serious shortage of food and other life essentials.

READ: Kashmir under lockdown: All the latest updates

“We are grateful to Congress member Sherman for holding a hearing to look into the atrocities being committed against Muslims and Kashmiris. This hearing is the hopefully the first step in a call for (India’s Prime Minister Narendra) Modi’s government to stop the human rights abuses in Kashmir.

“The rights to dignity, justice, freedom, safety, mercy, and life are God-given and no one has the right to unjustly take them away from anyone. Our hearts, minds and souls remain with our brothers and sisters in Kashmir.”

In September, CAIR-LA joined with an interfaith coalition to ask Rep. Sherman to not attend a rally for Modi in Houston. Sherman, who had previously announced his plans to attend the rally and even encouraged other members of Congress to attend, reversed course and skipped the event.