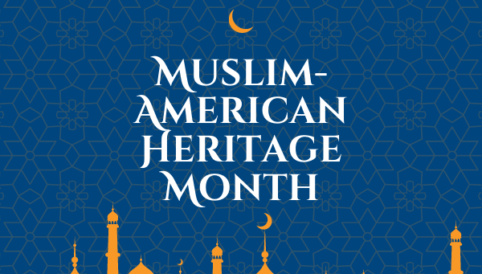 (Anaheim, CA, 7/22/21) – The Council on American-Islamic Relations (CAIR), Project Islamic Hope and the Greater Los Angeles Area office of CAIR (CAIR-LA) today welcomed the introduction of congressional House Resolution 541, expressing support for the recognition of July as “Muslim-American Heritage Month” and celebrating the heritage and culture of Muslim Americans in the United States.

Championed by U.S. Representative Karen Bass (D-CA) and 22 other members of Congress, the resolution was introduced on Tuesday to coincide with the Islamic holiday Eid al-Adha. CAIR, CAIR-LA and Project Islamic Hope worked together with Rep. Karen Bass and other members of Congress to help introduce H.Res 541 designating July as Muslim Heritage Month at the federal level.

TAKE ACTION: Urge Your Member of Congress to Support the Adoption of Muslim-American Heritage Month

In addition to the resolution supporting the congressional designation of “Muslim-American Heritage Month,” the H.Res 541 seeks to:

“I’m proud to join my House colleagues in introducing this legislation to acknowledge and appreciate the numerous contributions and achievements of Muslim Americans – both throughout history and today. We must also recognize and address the persistent discrimination and bigotry Muslim Americans have faced and continue to face in this country. This July, and all year long, we commit ourselves to combating prejudice and doing all we can to support Muslim American communities in California and across our nation,” said resolution primary sponsor Congresswoman Karen Bass in a statement.

“CAIR thanks Representative Karen Bass and the many other members of Congress who stand in solidarity with the American Muslim community to recognize July as Muslim-American Heritage Month. Muslims have been in the Americas before the founding of our nation and have contributed to our nation’s rise at every stage of its development. It is time our nation recognizes and celebrates the heritage and culture of American Muslims in the United States,” said CAIR National Executive Director Nihad Awad.

“With the rise of Islamophobia globally, it is more important than ever to recognize the contributions of Muslims to our everyday lives. We are thankful to Congresswoman Bass and the more than 20 co-sponsors of this resolution who are further amplifying the contributions of Muslims to society. We have a long way to go to ensure the rights and humanity of Muslims in this country and abroad, but this is definitely a step in the right direction.,” said CAIR-LA Executive Director Hussam Ayloush.