Malcolm X Would be 95 Today – Petition Announced to Re-name LA’s Vernon Ave. in His Honor 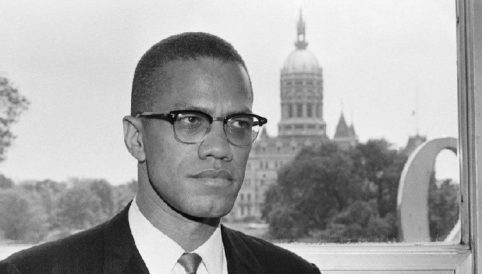 Today, May 19, marks what would have been Malcolm X’s 95th birthday.

The legendary human rights activist became a champion for social and economic justice and was the voice of resistance against a racist and unjust system in America.

Malcolm X’s legacy as one of our nation’s greatest orators lives on in speeches. To ensure his legacy will live on in South Central L.A we honor the slain icon by announcing our petition campaign to Los Angeles City Councilman Marqueece Harris-Dawson that a portion of Vernon Ave. be named Malcolm X Blvd. The proposed change would start at Crenshaw Boulevard and go East to Arlington Ave. …

“A devout Muslim, Malcolm is largely responsible for the spread of Islam in the African American community and it’s in that spirit during the holy month of Ramadan, a sacred month for over 1 billion Muslims worldwide, our coalition announces our support for a Malcolm X Boulevard in Los Angeles,” says Najee Ali, CEO of Project Islamic Hope.