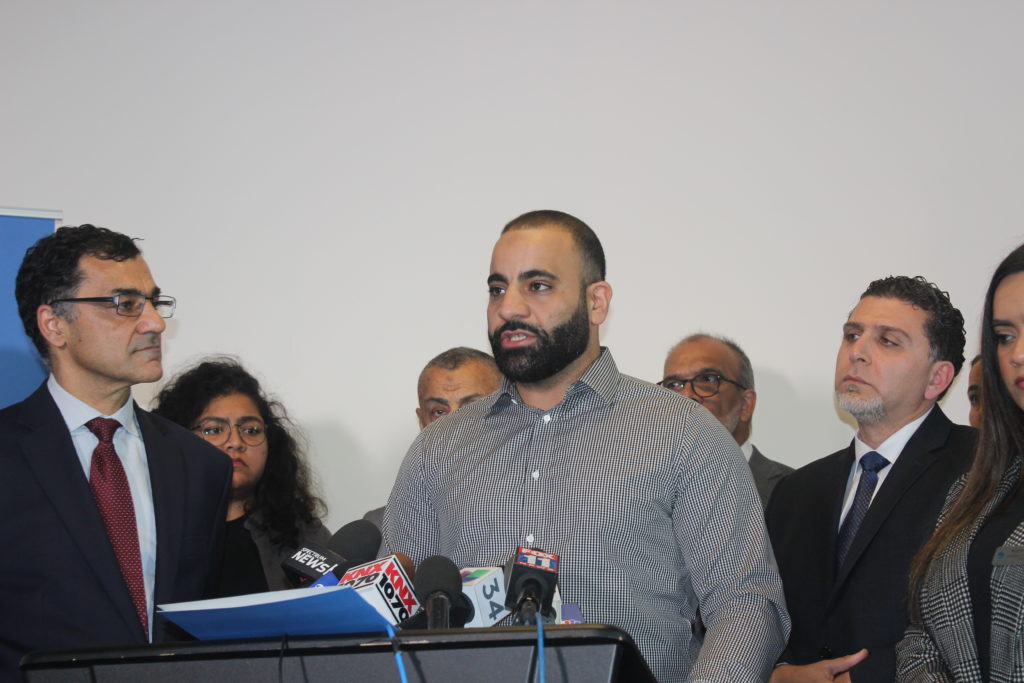 CAIR-LA Civil Rights Managing Attorney Amr Shabaik was one of the featured speakers at the #NoWarWithIran press conference at the Highland Park office of the Muslim Public Affairs Council. Several broadcast media outlets covered the event.

“We want to reiterate all the statements of the previous speakers that we are clearly opposed to an unlawful, un-Constitutional war with Iran,” Amr said. “We’re glad that reports are that tensions are deescalating, but we continue to urge our government to use extreme caution and not to pursue this war that will undoubtedly lead to death and destruction. Locally, we are concerned obviously with the reports of Iranian-Americans being detained at the Canadian-American border, being held for questioning, being questioned about their religious practices, being questioned about their cultural beliefs and also being detained for unlawful periods of time.
“All of this begins to erode our civil liberties, not just of our community, the Iranian-American community, but of all Americans, as well.”

Amr also urged individuals who need assistance to contact CAIR-LA. In other words, know your rights.

“If any member of the member of the community faces harassment or delays while traveling or any kind of unlawful law enforcement questioning, please contact CAIR or any other local community organization that you are aware of.”