CAIR-LA and Partners Attend “Omar” at the LA Opera 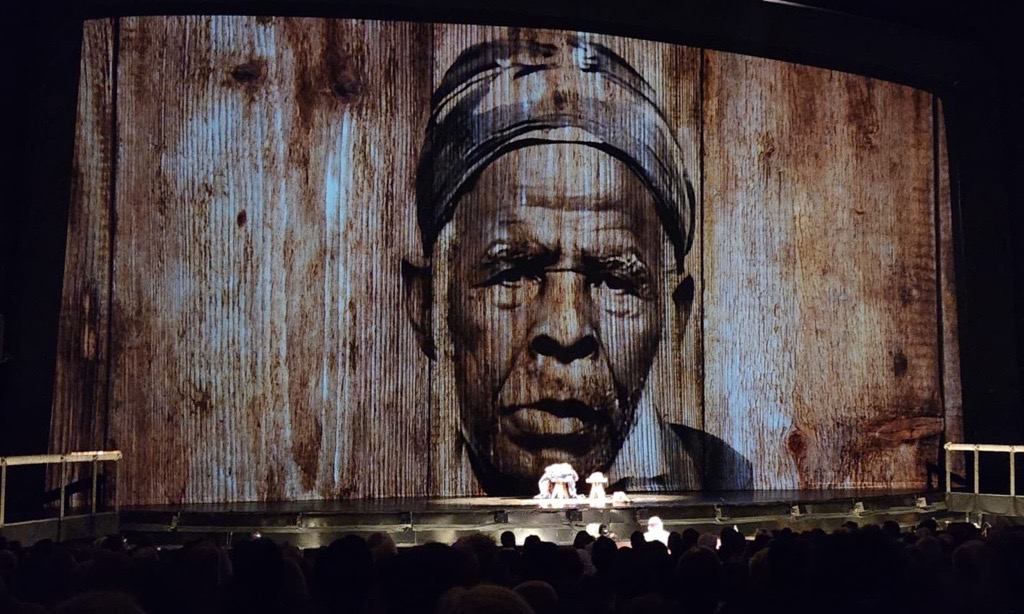 This past Wednesday, CAIR-LA collaborated with the LA Opera House to host 300 community members at a performance of “Omar” at the Dorothy Chandler Pavilion.  The production followed the story of Omar Ibn Said, a Muslim scholar kidnapped from his home in present-day Senegal in West Africa and sold into slavery in the United States. LA Opera revived Omar’s remarkable 1831 autobiography, the only known surviving narrative of American slavery written in Arabic.

Omar Ibn Said’s story brings the overlooked history of Islam’s presence in the United States center stage and recalibrates us, as Muslims, in witnessing the deep resilience and unwavering conviction that our faith commands from us. We do not often hear Allah’s name invoked outside of Muslim-centric spaces and welcome a genuine portrayal of the principles of being Muslim. Omar elevates the impact of spirituality and faith while staying grounded in the reality of the brutal injustice that is slavery through a captivating visual and audio experience. Those in attendance were moved and felt Omar broke the glass ceiling for Black Muslim stories in the world of cultural performances.

Here is what some of the attendees had to share about the event and performance:

“Wednesday night was a representation of what CAIR is about – community engagement. That night, I was given the opportunity to share the story of my ancestors with so many Muslims. The story of Omar is so humanizing, and it really reinforced the importance of my work. It reminded me that I could honor the struggle of my ancestors and continue my efforts in countering Islamophobia and racism. With so many members of our community present, it was such a powerful moment of diversity and showing LA that we care about our stories in a way that engaged the fine arts and Black community.”

Hafeez Mir, Vice President of USC Muslim Student Union stated:
“Omar the Opera brings African American Muslim history to life. Brushed aside for so long, this rich history is now painted on a historically upper-class canvas. Engaging the audience in an intense manner, Omar highlights to us the beauty of the Black Muslim voice and reminds us the immense value behind the Black Muslim sacrifice.”

“We are grateful to the LA Opera House for working with us to provide these discounted tickets to our dear community members and youth. It was such a blessing to be joined by so many members of the community to watch such a moving performance. Witnessing the firsthand account of Omar Ibn Said was a solemn reminder of some of the most heinous atrocities committed in the United States and the often-overlooked deep-rooted history of Islam here.”

CAIR-LA is grateful to have been a part of this moment to bring community together. We hope to see our community members at other powerful and spirited events like this in the future, insha’Allah.