CAIR-LA Blog: Trump’s State of Emergency Declaration is a ‘Dangerous Act of Desperation.’ 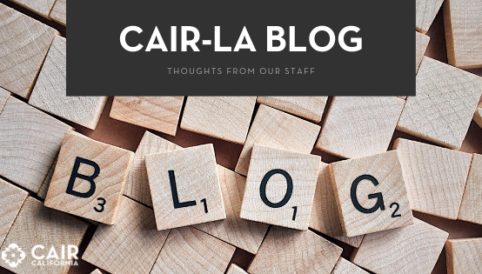 White House spokeswoman Sarah Huckabee Sanders confirmed the president’s intentions, saying Trump was declaring a national emergency to “ensure we stop the national security and humanitarian crisis at the border.”

Trump will sign the border security bill to avoid another governmental shutdown. However, the funding provides $1.375 billion for border barriers, but nothing for a wall.

The action by the president, which he has teased for months, is his last resort to make good on his promise as a candidate to build a wall along the Southern border, as well as claiming Mexico would pay for it. The declaration of a national emergency is a reaction to Congress rejecting his requests for funding to construct a border wall, which initially led to a partial government shutdown that lasted 35 days.

In a statement, Hussam Ayloush, the executive director of the Greater Los Angeles Area office of the Council on American-Islamic Relations (CAIR-LA), questioned the president’s legal authority to declare a national emergency for the purposes of unlocking or diverting military construction funds to build a border wall:

“It is not surprising that Trump would use any avenue possible to progress his agenda of bigotry and hatred, especially toward migrants and asylum seekers. The methods in which he has directed his minions to treat migrants and asylum seekers is not what America stands for. We stand in solidarity with those asking to be treated with dignity and respect from an administration that has shown none.”

CAIR-LA echoes its national chapter, which condemned Trump’s declaration of a national emergency as being”primarily motivated by an anti-immigrant ideology designed to ‘make America white again.’ Such a declaration would be an abuse of executive authority and would immediately invite legitimate constitutional and congressional challenges.

“Refugee asylum seekers, unaccompanied children or undocumented immigrants seeking work or to reunite with their families do not constitute a ‘national emergency.’”

Speaker of the House Nancy Pelosi and Senate Minority Leader Chuck Schumer released a joint statement, calling Trump’s intent to declare a national emergency to obtain funds to build a wall as a “lawless act.”

(It is) “a gross abuse of the power of the presidency and a desperate attempt to distract from the fact that President Trump broke his core promise to have Mexico pay for his wall.”

In December, representatives of the California chapter of CAIR, along with other local and national faith leaders, were arrested at the San Diego-Tijuana border in an act of peaceful civil disobedience in support of asylum seekers and immigrants.

Ayloush was one of the 30 people arrested in an act of peaceful civil disobedience. In an opinion piece for Muslim Matters chronicling his experience, Ayloush wrote:

“The soul of our country came under attack by an administration with a racist, inhumane, divisive and hateful agenda that includes:

Separating and caging young children of asylum-seekers; disparaging Black leaders; banning Muslims; targeting DACA youth; demonizing Mexican immigrants; and dehumanizing refugees and the countries they come from. … We must protect the soul of America, the promise of the Constitution, the protections of the Universal Declaration of Human Rights, and the concept of liberty and justice for all.”

After visiting the border, Ayloush said the crisis is one of Trump’s engineering.

“We stand today, tomorrow and every day, committed to ensuring that every human being receives dignified treatment and the right to seek refuge for themselves and their families. It is not only international law, it’s basic human values. Love, dignity and respect know no borders.”