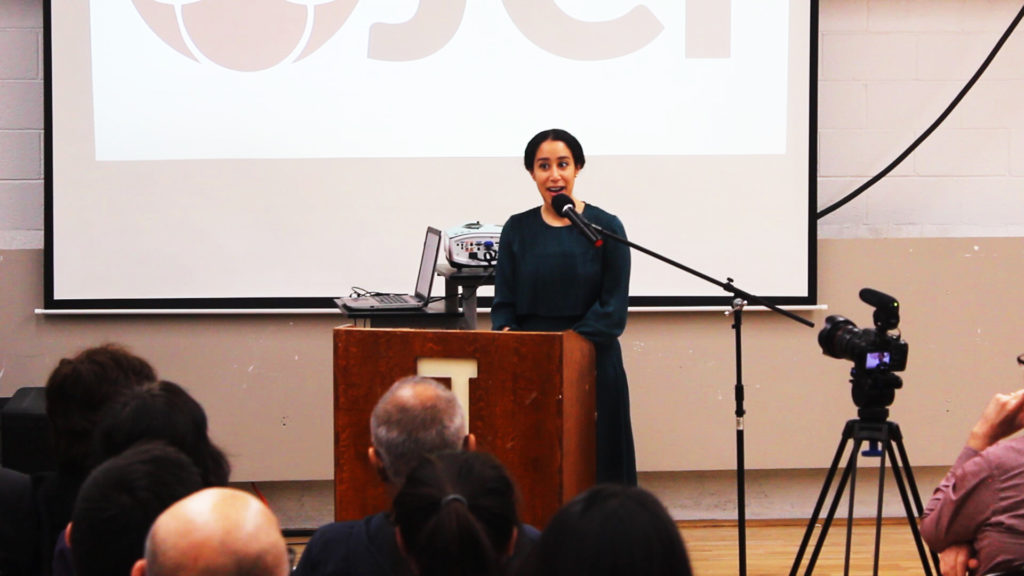 CAIR-LA Immigrants’ Rights Advocate Yusra Khafagi was one of the featured speakers at the “Day of Remembrance” event hosted by the Gardena Valley Japanese Cultural Institute on Saturday.

Khafagi shared her experiences about attending last year’s Manzanar Pilgrimage, an annual journey in at the Manzanar National Historic Site, located on U.S. Highway 395 in California’s Owens Valley, between the towns of Lone Pine and Independence, approximately 230 miles north of Los Angeles. Manzanar is one of the 10 internment camps that held approximately 120,000 innocent Japanese-American men, women and children from the West Coast during World War II.

“I hope you remember to reflect on our past because it allows us to learn about the truth of our history and to take pride in who we are,” Khafagi said. “It allows us to be critical of our present and ensure the dark parts of our past never happen again.”

The event marked the anniversary of the wrongful incarceration of nearly 120,000 people of Japanese ancestry. President Franklin D. Roosevelt signed the measure, known as Executive Order 9066, on Feb. 19, 1942. An estimated two-thirds of the people imprisoned were American citizens, who lost their homes, jobs and businesses and suffered an incredible amount of trauma.

“Alternative Facts: The Lies of Executive Order 9066” was another highlight of the event. The film, produced and directed by Jon Osaki, is a one-hour documentary about the politics and misinformation that influenced the signing of the order.

Congresswoman Maxine Waters (D-Calif.) spoke briefly during the event. She praised the film and offered more criticism of Donald Trump and his administration.

“(Trump) called it just a travel ban, but it’s a ban on Muslims,” Waters said.

CAIR-CA served as one of the community supporters of the event.