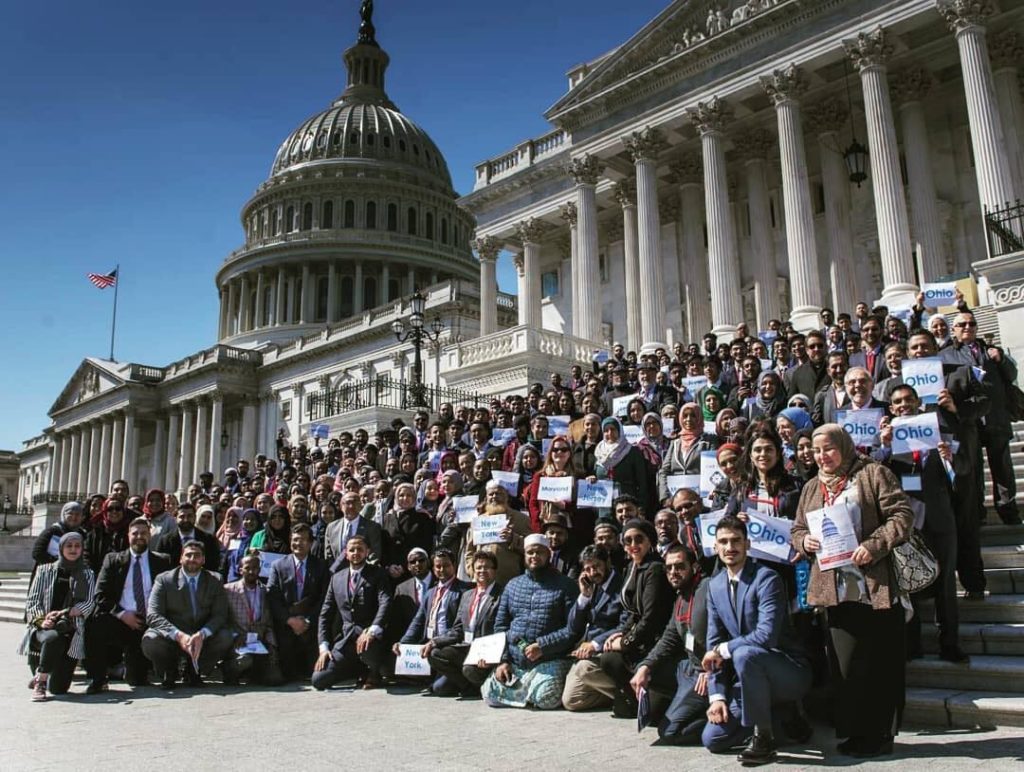 Muslim delegates event met with a third of the House of Representatives and almost half of the Senate. CAIR-LA staff and community partners met with the offices of 24 members of Congress who represent the Greater Los Angeles area.

“Meeting with and lobbying our elected representatives is an important part of the American process. It is important for the members of Congress in the Greater Los Angeles area to know they represent more than 500,000 American Muslims who are interested, engaged and eager to advocate for legislation to protect our civil rights and promote justice.”

The lobbying effort, the largest congressional Muslim advocacy event, was sponsored by the US Council of Muslim Organizations (USCMO), a coalition of leading national and local American Muslim organizations.*

In the U.S. House of Representatives, Muslim delegates urged their members of Congress to co-sponsor and support Rep. Judy Chu’s House Resolution 276, a Resolution Recognizing the History of American Muslims and Their Contributions to our Nation.