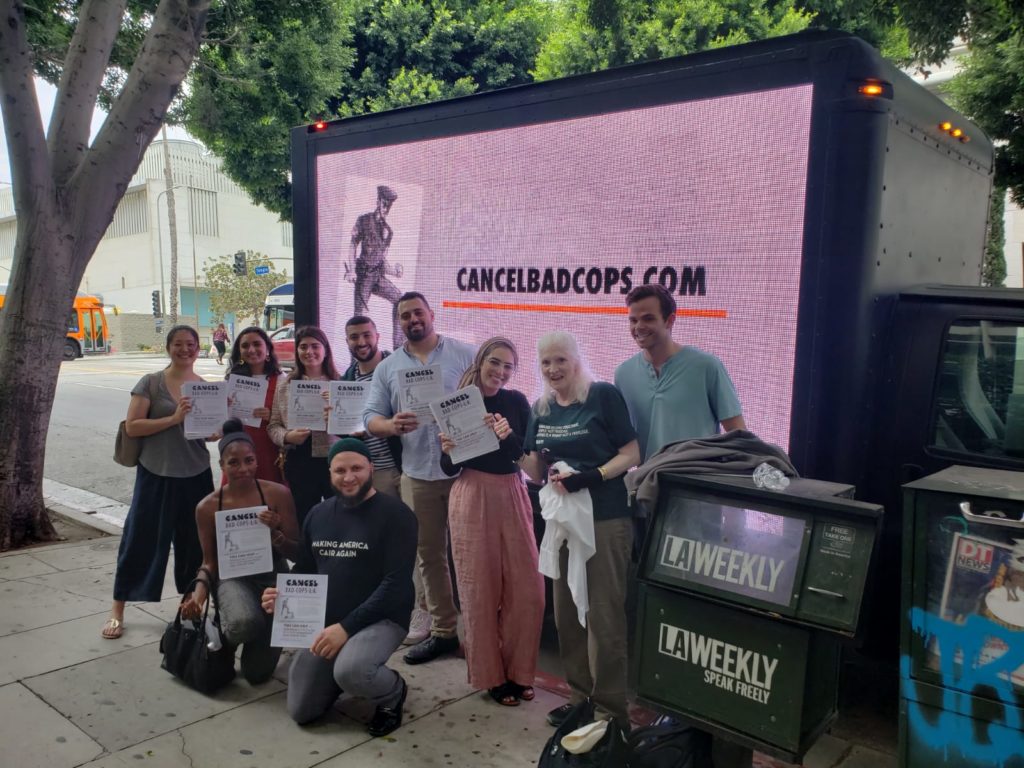 The Greater Los Angeles Area office of the Council on American-Islamic Relations (CAIR-LA) joined with interfaith and activist partners in an action outside the office of Los Angeles County District Attorney Jackie Lacey on Thursday to urge Lacey to stop using the testimony of law enforcement officers with demonstrated histories of dishonesty, violence and/or racism.

The action included handing out flyers to members of the public, as well as mobile advertising in the form of a truck with an electronic billboard.

“We’re urging D.A. Lacey to create a ‘No Call List,’” said CAIR-LA Policy & Advocacy Manager Fayaz Nawabi. “The list would exclude law enforcement officers that have used excessive force, planted evidence, made false statements in the past, have made racist or bigoted comments on social media or internal conversations.”

The letter asks Lacey’s office to reject all new cases and search warrant requests from officers on the ‘Do Not Call’ list.

“Cases involving officers named on the “Do Not Call” list would be undermined by their own misconduct … Discriminatory and dishonest law enforcement practices are crippling L.A. County. Now is the time for change. We can’t wait any longer for justice.”