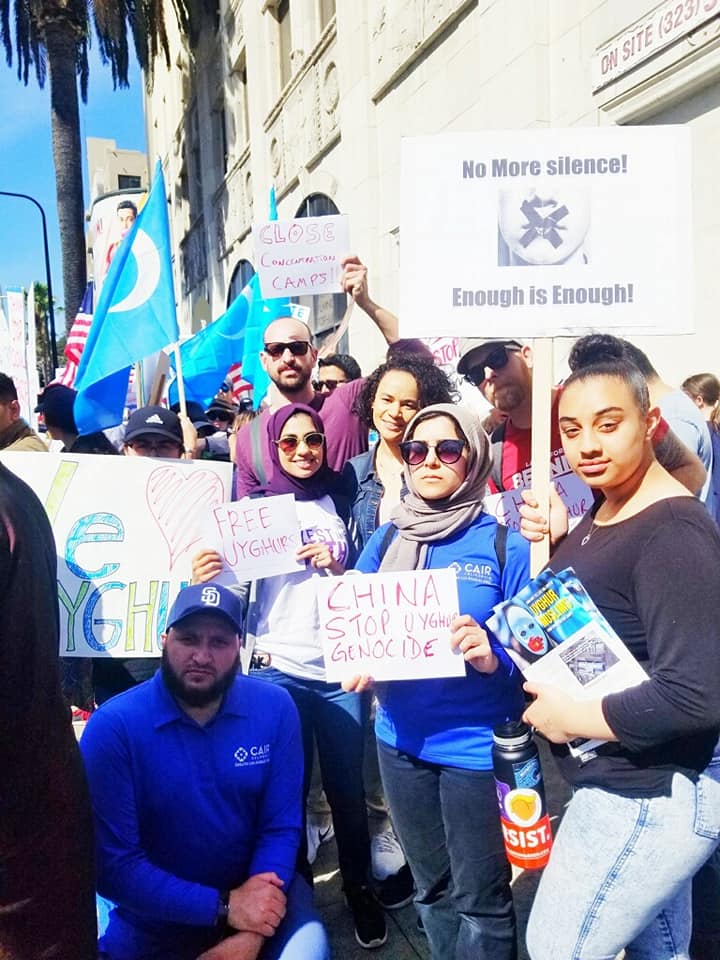 Those held in reeducation centers are forced to listen to lectures, learn Mandarin, sing songs praising the Chinese government and are coerced into abandoning their faith. Inmates tell accounts of being forced to eat pork and drink alcohol, both forbidden activities in Islam. Some inmates have been tortured.

“Here in America, we have powers that others don’t have and that is access to our Congress. It is not acceptable for our government to be rewarding China with economic deals and access to our markets when it is violating human rights at such levels,” said CAIR-LA Executive Director Hussam Ayloush. “This is exactly how genocide begins. When you dehumanize an entire population, we’ve seen what happens next.”

CAIR-LA was proud to lobby members of Congress on Capitol Hill for legislation to:

On Saturday, April 6, CAIR-LA staff joined more than 200 people at a Rally and March in Hollywood support the Uyghur community.

WATCH: CAIR-LA Policy & Advocacy Manager Fayaz Nawabi speaks about solidarity with the Uyghur Muslims being incarcerated and exterminated in China.

What can you do to help stop the genocide?

Call your members of Congress and ask them to support S. 178/H.R. 649 – two bi-partisan bills – to help stop the mass incarceration and genocide happening to Uyghurs in China.