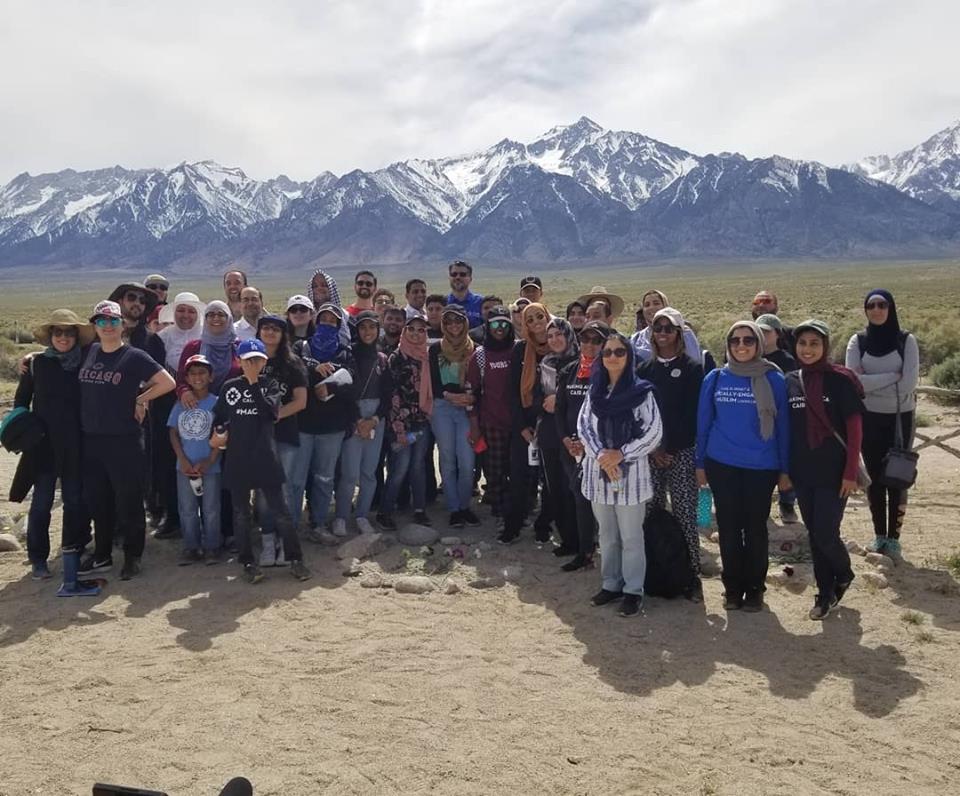 Manzanar was the first to open of the 10 U.S. concentration camps that unjustly held more than 120,000 Japanese Americans, including infants, children and families, during World War II.

Every year since 1969, people have traveled to the camp as part of a pilgrimage to understand this shameful chapter in American history and honor the strength and resilience of former incarcerees.

This year marked the 77th anniversary of Executive Order 9066, which allowed the forced removal and incarceration of more than 120,000 Japanese Americans.

The California chapter of CAIR (CAIR-CA) has been partnering with the Manzanar Committee and various Japanese American organizations on the pilgrimage for the past 15 years.

This year, representatives from CAIR-LA, CAIR San Francisco Bay Area and CAIR Sacramento Valley, CAIR National and more than 50 community members and youth from the Greater Los Angeles area participated in the day-long program, which featured presentations from camp survivors and their children, as well as interfaith leaders and activists.

To find more photos, videos and posts from the weekend, search #Manzanar2019 on Twitter, Facebook and Instagram. Visit the CAIR-LA Facebook page [https://www.facebook.com/CAIRGLA/] to find photos and videos of some of the events CAIR-LA took part in.

“I’ve come here several times and I’ve brought my children here because I wanted to show them the need and the importance of being united as a community,” Ayloush said. “It has been more than 75 years President Roosevelt issued the Executive Order to unjustly incarcerate Japanese Americans. We still have to deal with camps in our country today where migrant children are separated from their parents and placed in camps. When we say, ‘Never Again,’ let’s make sure it never happens again.”