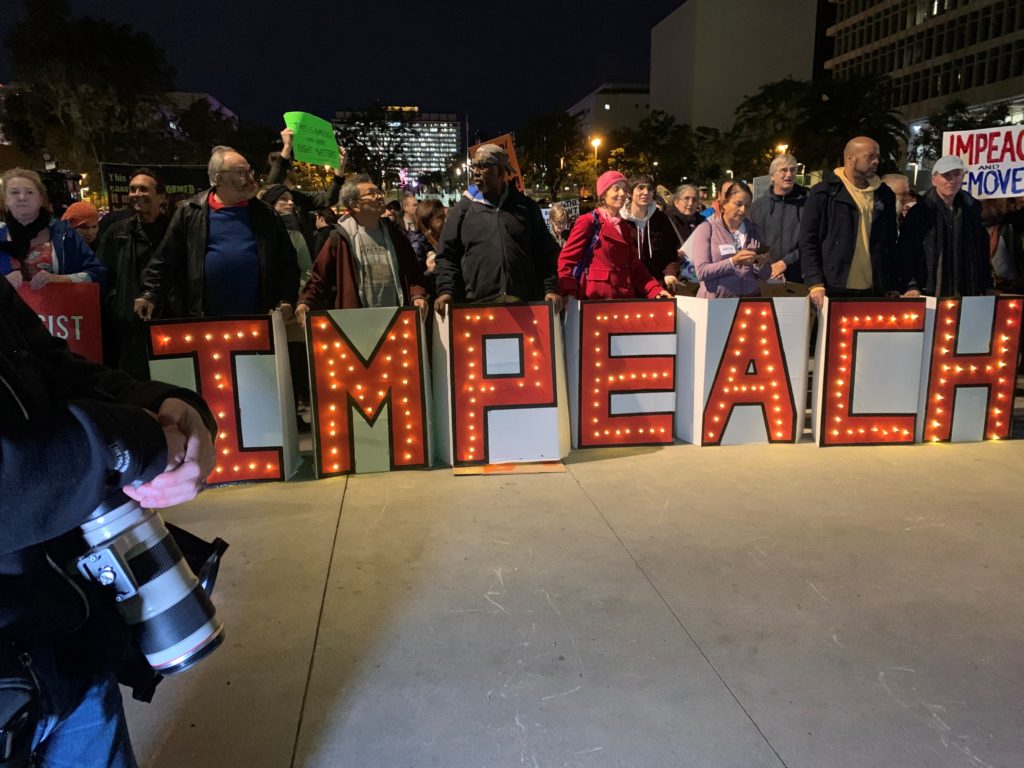 Thousands attended the demonstration, one of hundreds staged across the country.

“The president and his Islamophobic cabinet’s constant assault on the Constitution in itself is grounds for impeachment,” Nawabi said. “From instituting the Muslim Ban, to the treatment of asylum seekers, to feigning personal favors from foreign entities, to stealing millions of dollars from his own charities … It is clear this president is the most corrupt in American history. We as Americans deserve better than this and nobody is above the law.”