(ANAHEIM, CA, 1/19/17) – On Friday, January 20, the Greater Los Angeles area chapter of the Council on American-Islamic Relations (CAIR-LA) will join local Muslim and Latino community activists to form a partnership called The Muslim-Latino Collaborative. The collaborative aims to support and unify both communities by encouraging mutual learning, developing meaningful relationships and promoting solidarity in action.

The collaborative will bring both communities together to learn from and about one another and to build relationships based on mutual trust. Members of the collaborative dedicate themselves to educating and mobilizing their communities and amplifying their voices in the pursuit of unity and justice. 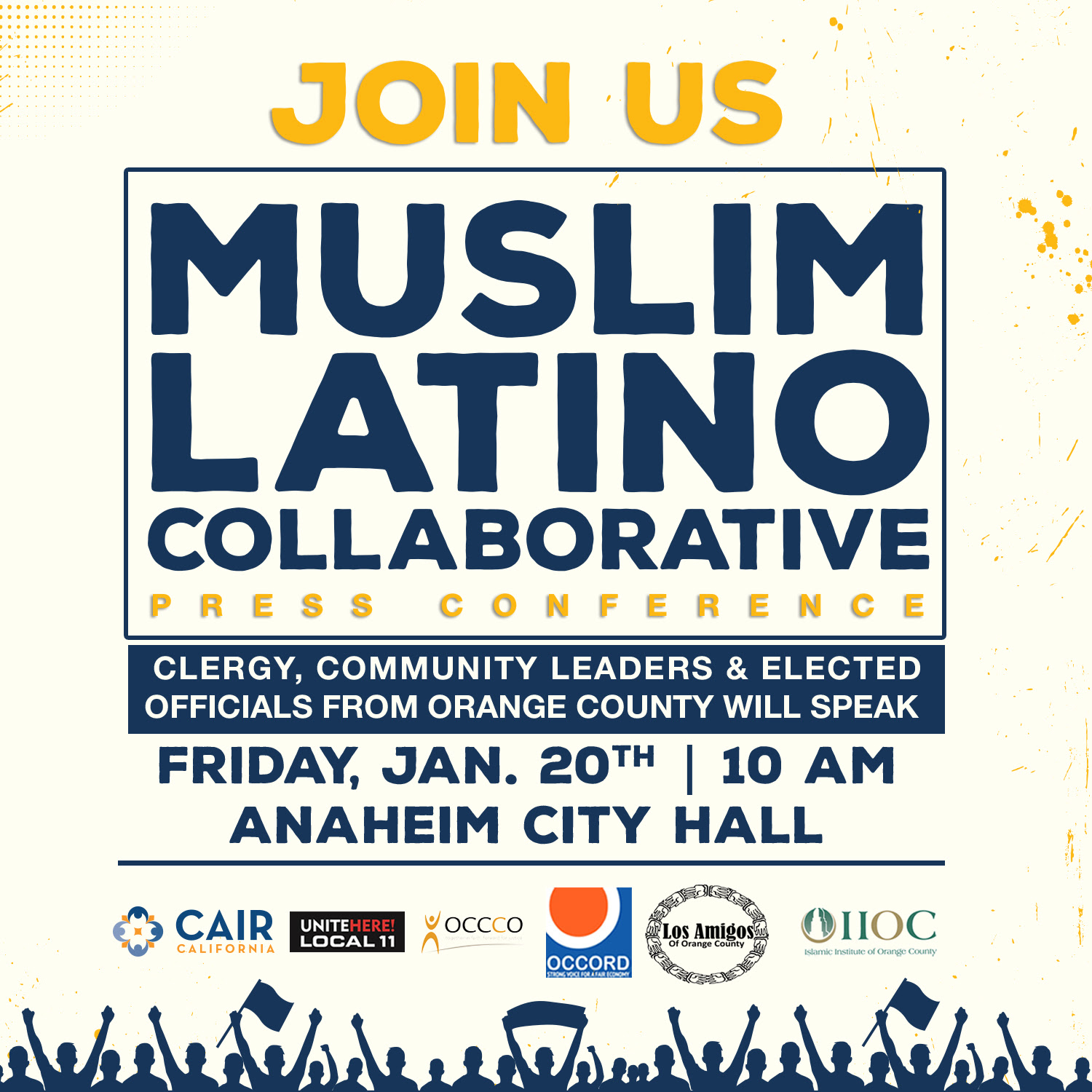