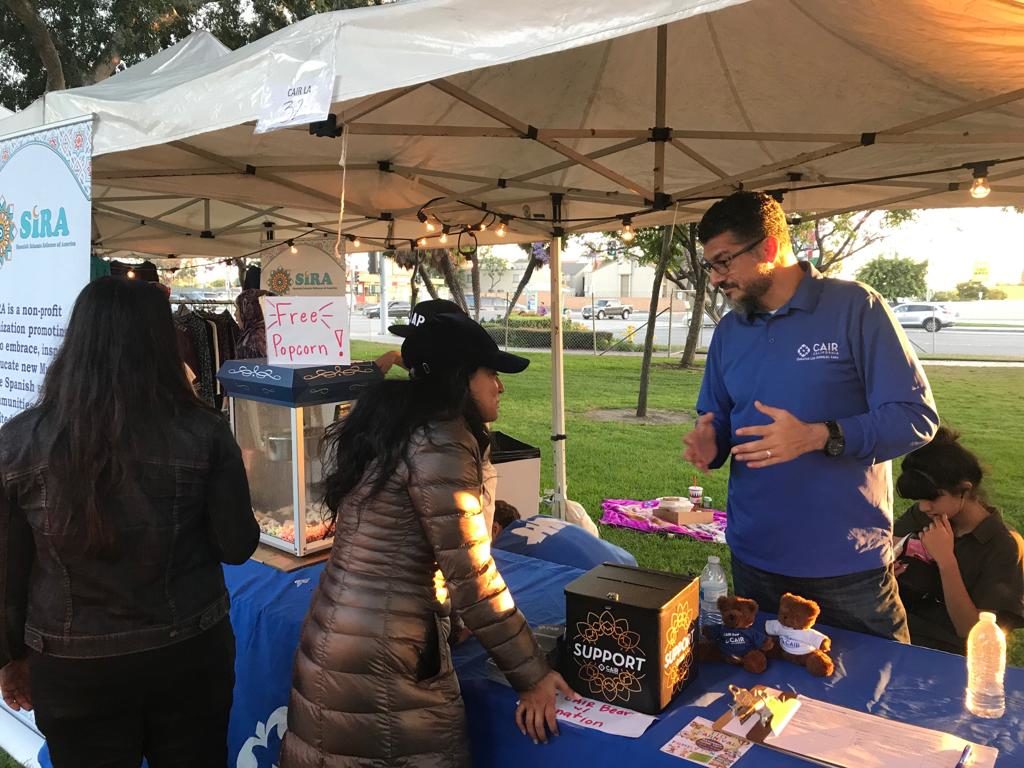 ANAHEIM – The Greater Los Angeles Area office of the Council of American-Islamic Relations (CAIR-LA) celebrated Eid-al-Fitr with the American Muslim community in Anaheim over the weekend.

CAIR-LA was among the sponsors of the Eid Festival from June 7 to June 9 at La Palma Park in Anaheim. Thousands of people throughout Southern California visited the three-day event to celebrate the Eid-al-Fitr holiday, marking the end of the holy month of Ramadan. The festival, in its seventh year, featured food, entertainment, rides and activities for children. Sponsors, including CAIR-LA, showcased their products and services.

CAIR-LA spoke to visitors about its civil rights and advocacy work but focused on gathering signatures on petitions urging Congress to hold China accountable for the mass detention and persecution of Uighur Muslims in China.

According to the Department of Defense, as many as 3 million members of the Uighur Muslim community have been placed in concentration camps in the Xinjian region of China.

In addition, according to the Washington Post, Uighur Muslims are also being forced to eat pork, drink alcohol and renounce their faith as Muslims. The Chinese government has also destroyed over 35 mosques in the Xinjian region and are forcing Uighur Muslims to eat during the month of Ramadan.

Earlier in April, CAIR-LA joined approximately 600 American Muslims from across the nation participated in the National Muslim Advocacy Day on Capitol Hill, an event held by the U.S. Council of Muslim Organizations. One of the four issues that were brought before members of Congress for consideration was the protection of the human rights of the Uighur community.

“We are working to prevent a genocide that would take the lives of millions of people,” said CAIR-LA Executive Director Hussam Ayloush. “It is not acceptable for our government to be rewarding China with economic deals and access to our markets it is violating human rights at such levels.”

To see photos from the Eid Festival, click HERE.