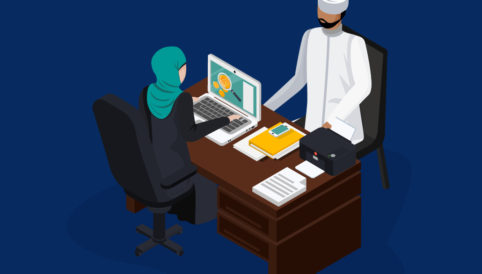 In November 2020, a Southern California Imam left his mosque and drove home to his apartment complex, where he was accosted by a male who demanded to know whether the Imam was a resident. The man blocked the Imam’s car and accosted him with a barrage of profanity and derogatory statements, screaming, “Go back to your country,” and calling the Imam a “dirty Arab” and “terrorist.”  After kicking the Imam’s car, the man escalated his attack and opened the Imam’s car door, entered the car, and physically attacked the Imam, punching him. After filing a police report and reporting the crime to his apartment complex, the Imam called on the Los Angeles chapter of the Council on American-Islamic Relations (CAIR-LA) to help him seek justice.

The man blocked the Imam’s car and accosted him with a barrage of profanity and derogatory statements, screaming, “Go back to your country,” and calling the Imam a “dirty Arab” and “terrorist.”

Our Civil Rights team worked diligently to demand that the perpetrator of this hate-filled attack be held accountable. Our attorneys immediately called on the apartment complex to evict the perpetrator, maintaining that the Imam’s safety and that of his wife and children were of paramount importance. After months of continued advocacy, the apartment complex evicted the man, allowing the Imam to finally feel more secure in his home.

Our team also called on local law enforcement to investigate the attack and hold the man responsible for his violent tirade against the Imam. Although the attacker originally denied any wrongdoing, our team worked to secure surveillance footage of the attack and highlighted the inconsistencies in the attacker’s story. Based on the persistent demands of our attorneys, the matter was transferred to the District Attorney’s office and our team’s continued advocacy led to charges being filed.

In July 2021, the attacker pled guilty to battery and has been sentenced to a year’s probation and fine.

CAIR-LA continues to encourage community members to report any hate incidents or hate crimes to the proper authorities and their local CAIR office. You can report an incident to our Los Angeles office here.

Your support ensures we are able to continue to provide the best service to our community members who are combatting injustice. Your donations are zakat-eligible and tax-deductible.