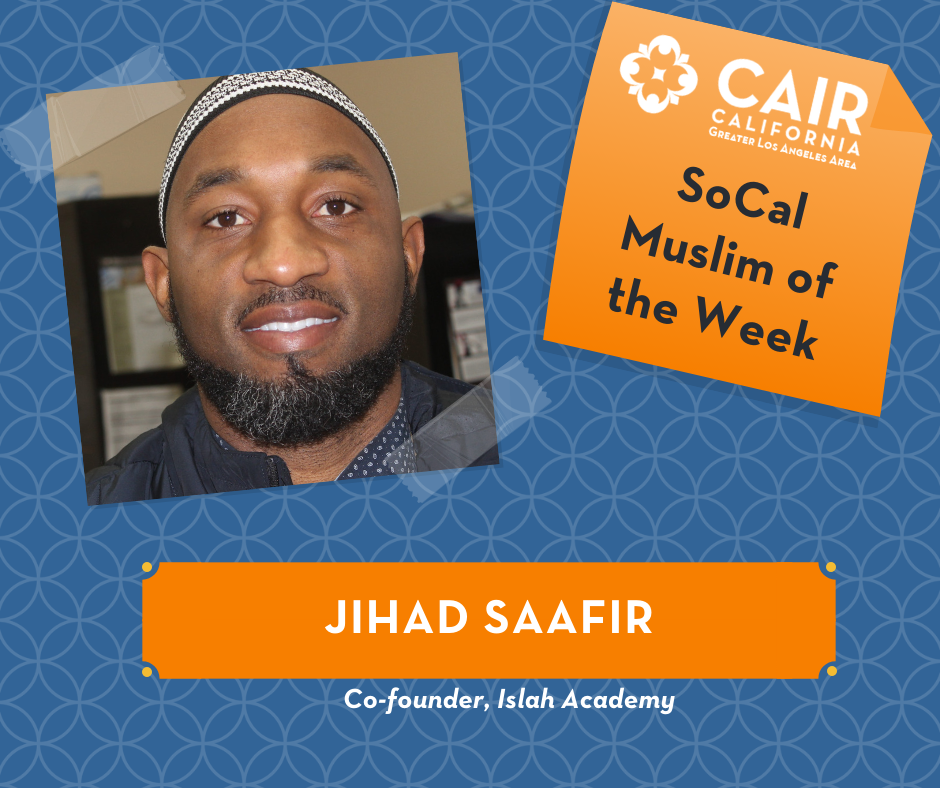 The discussion began more than six years ago, when Imam Jihad Saafir, his wife, Garland, and a group of parents debated how they could start a school that would cater more to their children’s needs than area public schools. In 2014, their dream became a reality.
Saafir, 38, is one of the founders of Islah Academy, a kindergarten through eighth grade Islamic school in South Los Angeles. He also serves as director of the school, which occupies the former home of the Marcus Garvey school at 29th and Slauson Ave.

“We knew what we wanted to do but we weren’t exactly sure how we were going to achieve that, especially being in a community where we don’t have the resources that other communities have,” Saafir said.

Despite the challenges, Islah Academy has surpassed Saafir’s high expectations.

“I think it’s gone beyond what we envisioned,” he says. “Of course, we have our moments, and it’s a struggle, but I think it’s well worth it.”

Professional: Saafir has a bachelor’s degree in Arabic studies, a master’s in Islamic leadership and is working toward a Ph.D. in practical theology at the Claremont School of Theology. He is founder of Islah LA, a nonprofit that provides social services in the L.A. area.

Personal: Saafir, Garland and their daughter, Sadiyah, live in South Pasadena. Jihad is the son of Imam Saadiq Saafir, a longtime influential leader in the L.A. community.