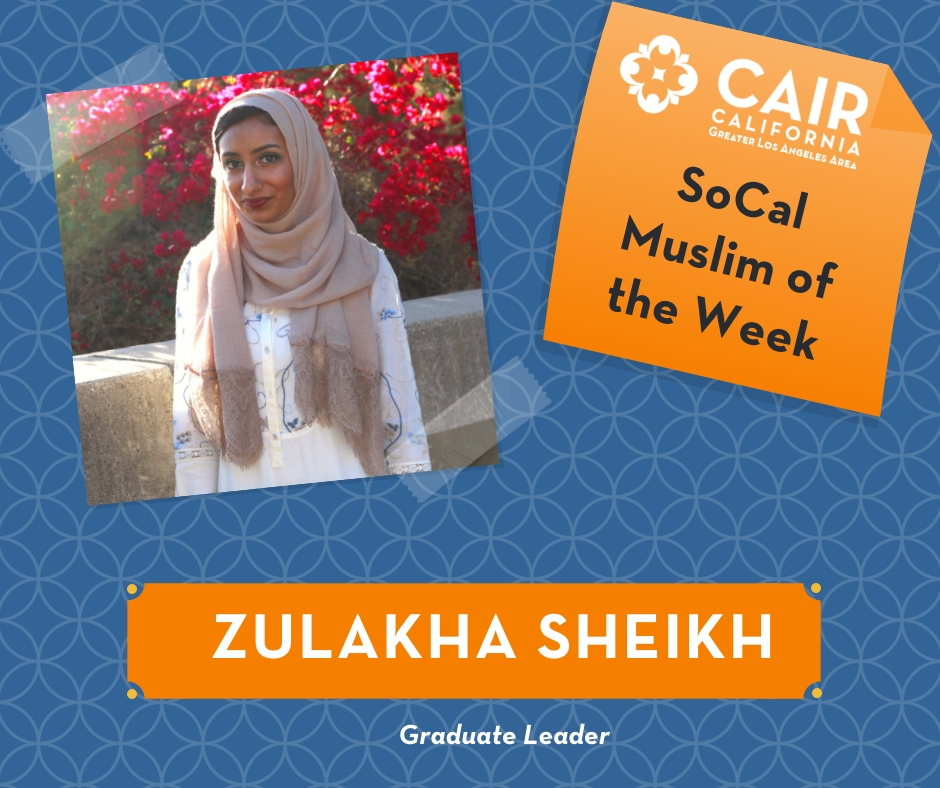 Zulakha Sheikh is passionate about education. She caught the bug as an undergrad at the University of California, Irvine, where she worked as a discussion leader with incoming students and as a peer educator in the Student Success Initiatives office. Her goal is to finish grad school and work as an academic adviser at a major college or university.

“I love education because of two main things: It empowers individuals and fosters student identities,” says Sheikh, who earned bachelor’s degrees in education and sociology at UCI in December. “I think this is true in all levels of schooling, but more so in higher education. Higher education allows students to explore identities, as well as solidify their existing identities, gain mentors, meet peers with similar backgrounds or goals and be exposed to diverse groups. All of this combined empowers students.”

Sheikh, who made the dean’s list during her last three quarters at UCI, enhanced her identity as a member of the Muslim Student Union at UCI for the past 3½ years.

“That was one of the crucial and most enjoyable parts of my experiences at UCI,” she says. “I would not have formed all the friendships and relationships that I have now if it wasn’t for the Muslim Student Union.”

Sheikh, 21, said she enjoyed a similar experience at Islamic Relief USA in Buena Park, where she assisted in event and campaign promotions for three years.

Personal: Sheikh, who was born in Culver City, is a resident of Buena Park.

Last book read: “A Place for Us” by Fatima Farheen Mirza

Quotable: “Because student demographics are becoming increasingly diverse, it is also important to have diverse administrators, teachers, staff and faculty as well. I am excited and thankful to be in the education field as a Muslim American.”