The 2016 election season has presented American Muslims with extraordinary challenges, namely due to anti-Muslim rhetoric by presidential candidates calling on ban of Muslims, surveillance of mosques and normalization of anti-Muslim sentiment in the public sphere. 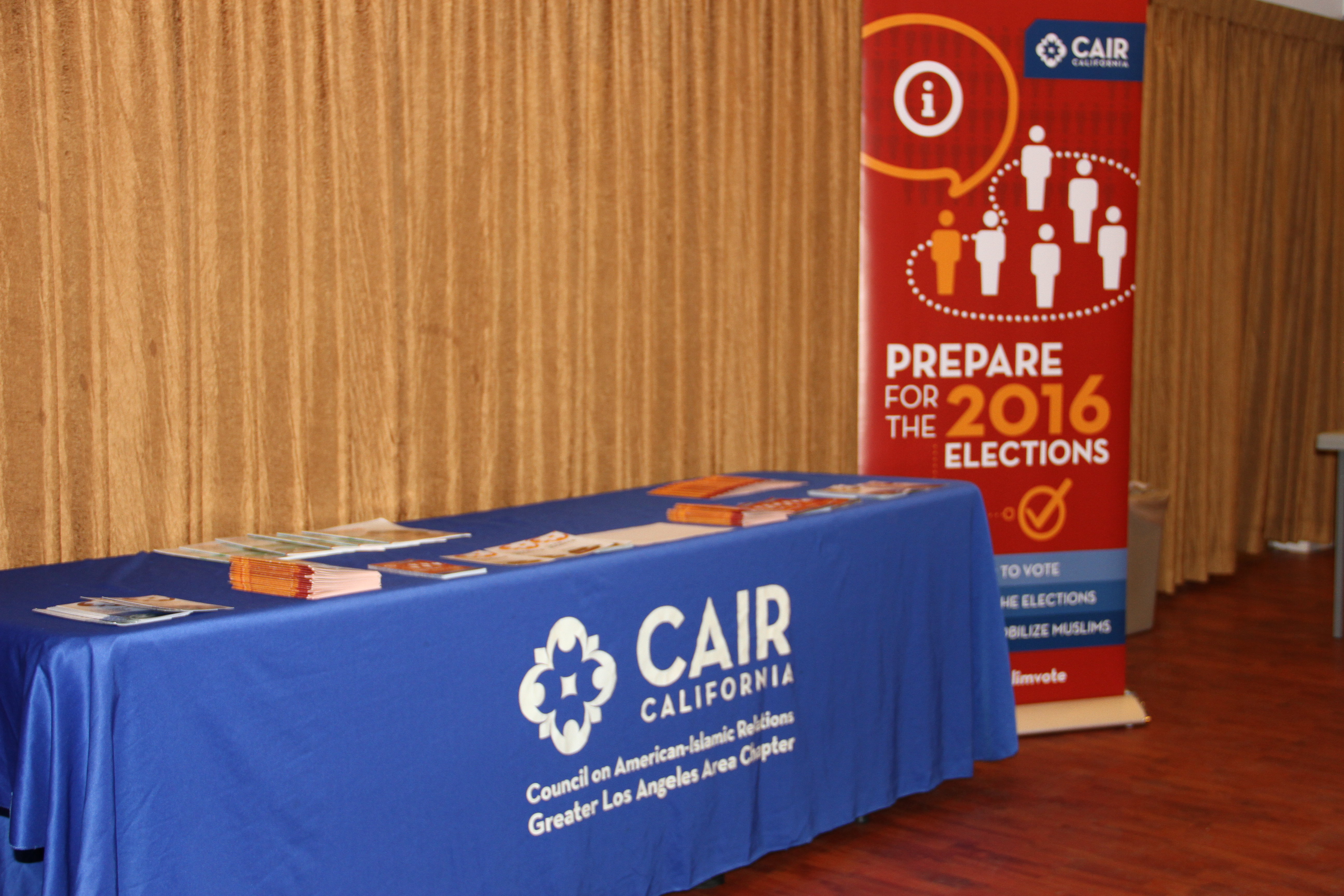 To combat Islamophobia and to grow the political power and influence of American Muslims, CAIR launched a campaign to mobilize the Muslim community by conducting major grassroots advocacy efforts including, ‘Meet the Candidate’ forums, voter registration drives, and community town halls throughout Southern California. 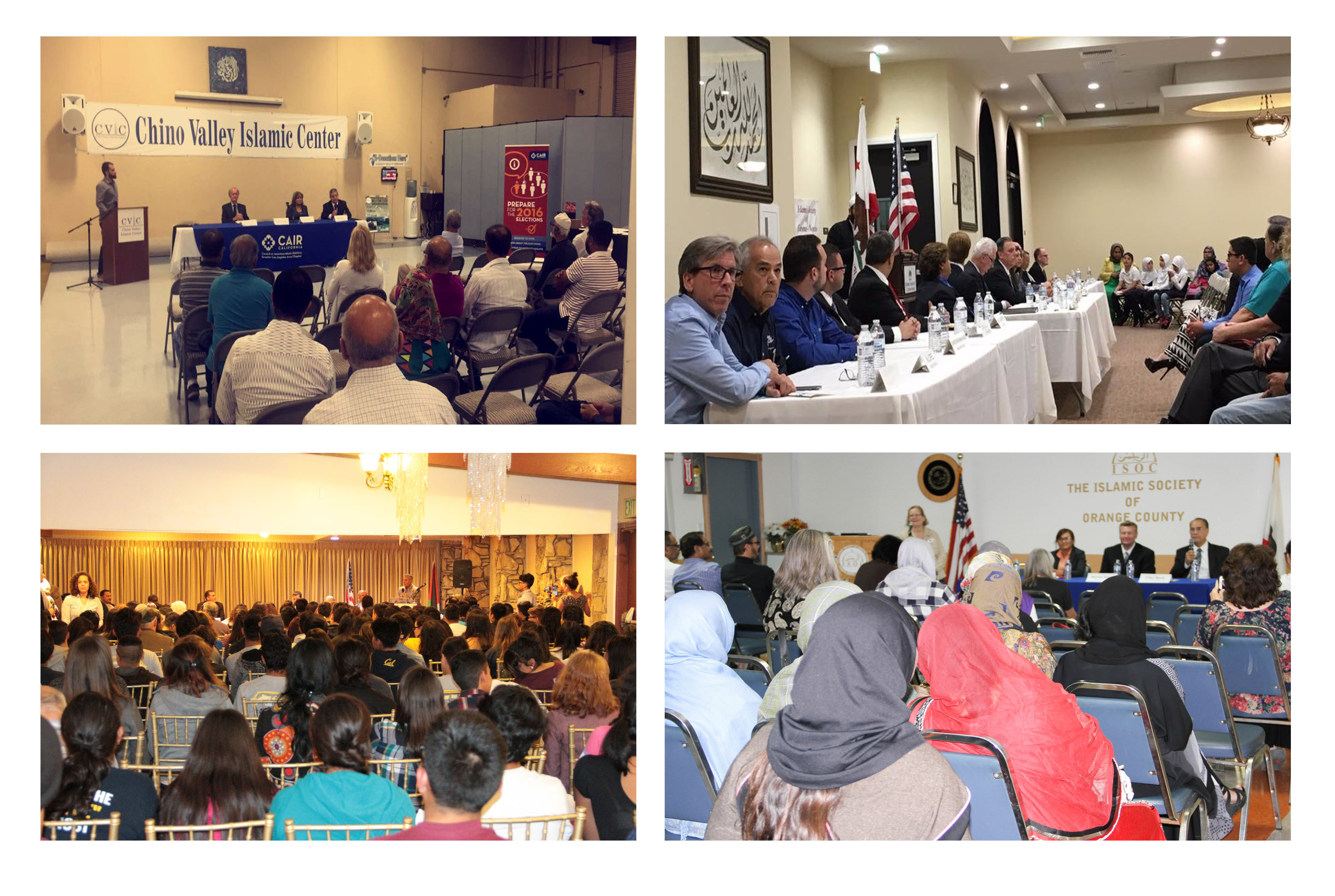 At these events, CAIR-LA had tables encouraging those eligible to register to vote and distributed almost 10,000 CAIR-CA Voter Guides our as part of our Muslims vote campaign. 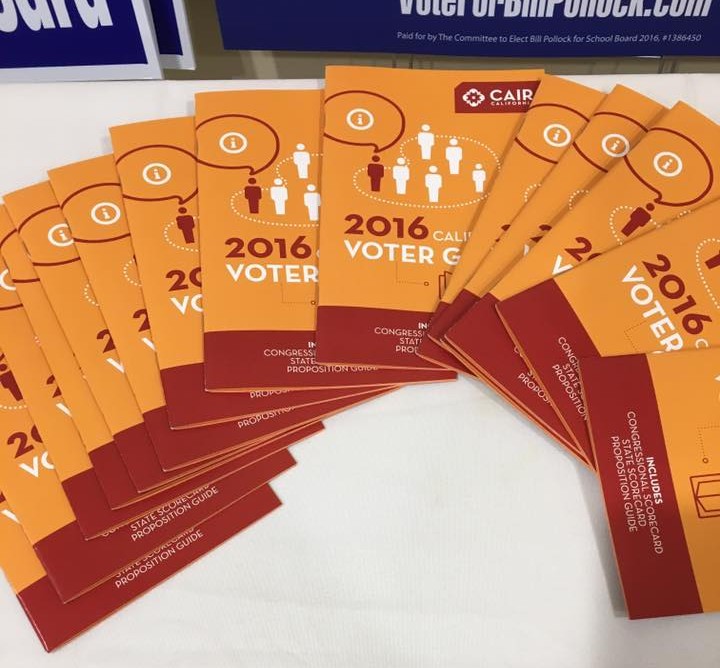 We also launched our #CAIR2Vote campaign along with the other CA-CAIR offices to provide CA Muslims with online tools for everything they need to make an informed decision this election cycle.

One of CAIR-LA key events for the 2016 elections was to host Congressman Keith Ellison for one of the 2016 election forums. This was an opportunity for the first Muslim to be elected to the U.S. Congress, to speak on matters of anti-Muslim rhetoric, mobilizing the Muslim vote, engaging local Muslim communities, and strengthening their voices.