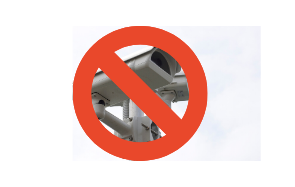 Programs like “Preventing Violent Extremism” (PVE) and “Creating Safer Communities” (CSC) are the result of years of dangerous collaborative engagement between the California Office of Emergency Services (Cal OES) and the federal Department of Homeland Security (DHS). Cal OES’s PVE and CSC programs have targeted refugee and immigrant populations as well as students of color across the state. One funded initiative targeted Afghan and Arab refugees, criminalizing mental health and trauma by classifying such experiences as potential “indicators” of violent extremism. Another trained teachers to identify violent extremism among primarily Latinx, Black and other minority students in a school district already plagued by disproportionate school discipline rates impacting students of color.

The NoPVEinCA Coalition celebrates the critical step taken by the state Legislature and the Committee on Budget to refuse state funding for PVE and CSC, surveillance programs modeled after the DHS and FBI’s “Countering Violent Extremism” (CVE) program, in response to community demands amplified and supported by the Coalition’s work. The NoPVEinCA Coalition issues the following statements:

“As the Coalition has shown, both PVE and CSC are directly linked to the DHS’s so-called ‘Countering Violent Extremism’ program, a program known to target and criminalize communities of color for simply expressing their religious, cultural or political identities and opinions. There is clearly no place for such a program in a state that affirms its commitment to protecting all communities of color, and California should never be funding – let alone implementing – such programs.”

In a statement, Fayaz Nazabi, Policy and Advocacy Manager at CAIR-LA, said:

“The PVE and CSC programs are another step in this country’s troubling legacy of over-policing and over-surveilling Black and Brown communities.  The premise of the programs rely on debunked social science that is premised on the false and stereotype-laden assumptions that members of these marginalized communities are inherently prone to extremism, criminality and violence. We are proud to be part of a vast and diverse coalition that has worked so hard to educate our elected officials in an effort to urge them to reject funding requests for these harmful programs.”

In a statement, Sahar Pirzada, co-director of Vigilant Love, said:

“The need for mental health services in all communities is dire and to criminalize mental health is a neglectful and abusive pattern of the state. Rather than providing trauma-informed social services, these programs bring surveillance into the very spaces our communities seek support from. PVE and CVE rely on ableist notions of having mental health conditions – such as depression, PTSD and schizophrenia – to criminalize people for the trauma they have experienced instead of placing the rightful blame on the violent institutions that cause harm in the first place, let alone the witholdholding of resource access.”

“Programs like PVE and CSC are dangerous for youth and communities of color across our state. Our educational institutions already fail our young people and perpetuate state violence through eurocentric curricula, limited resources for mental health and identity development, and collaborations with law enforcement. Youth of color deserve supportive educational environments to learn, grow and heal from the impacts of white supremacy. California legislators have a responsibility to protect and invest in young people’s long-term well-being, and should continue to reject any and all programs that surveil and criminalize them.”

“Oakland Privacy completely rejects the methodology of CVE and CSC programs. Funding social service agencies and educational institutions to profile their constituencies as incipient terrorists based on religious or racial markers and vague behavioral characteristics will not keep us safe. Defunding these programs continues California’s rejection of the racist and xenophobic iniatives devised by the federal government that seek to criminalize the immigrant experience. Young people of color, in particular, deserve our support as they explore their identities. Educators and social service agencies should not be deputized as the eyes and ears of the surveillance state.”

NoPVEinCA is a statewide coalition of California and national civil rights and community-based organizations coming together to defund and dismantle surveillance programs in the state of California.

The Coalition and its members utilize organizing, advocacy, and legal strategies to call for the complete elimination of the state’s so-called Preventing Violent Extremism and Creating Safer Communities programs, developed in close collaboration with the DHS, FBI, and local law enforcement.

The Coalition’s fight to dismantle these surveillance programs continues, as federal funds remain the state’s primary source of funding for PVE and CSC.