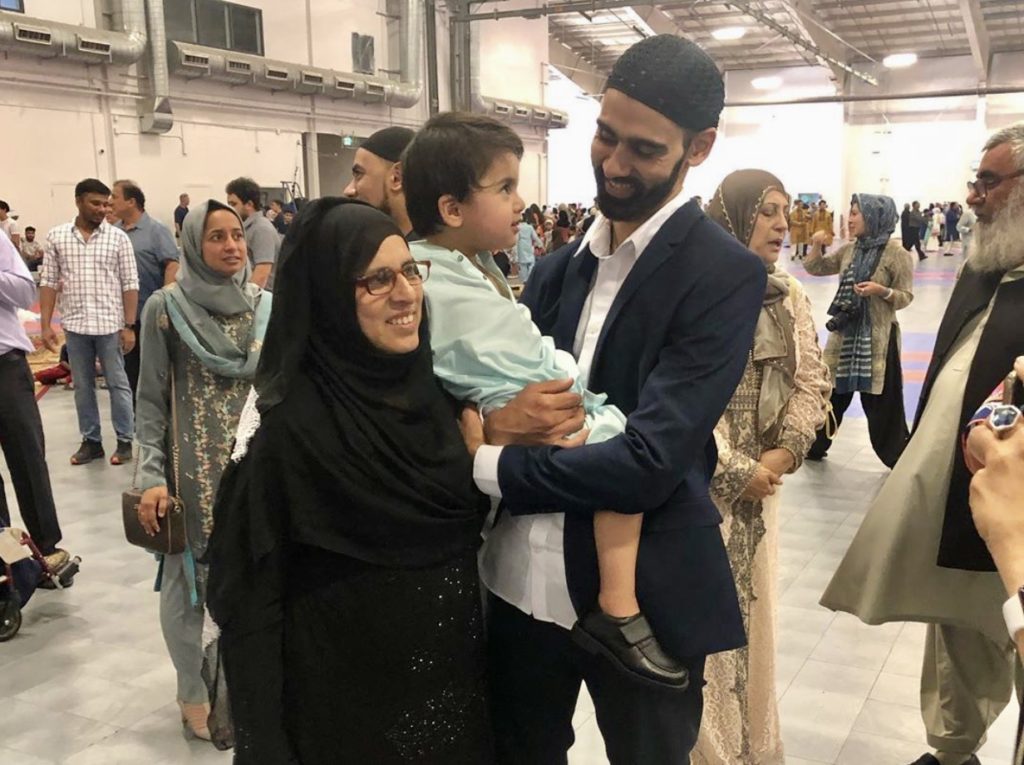 (SACRAMENTO, CA, 02/14/20) – The Sacramento Valley office of the Council on American-Islamic Relations (CAIR-SV), Hamid Hayat and Hayat’s legal counsel today welcomed the exoneration of Hayat, a Lodi resident convicted in 2006 and wrongfully imprisoned for more than 13 years on terrorism-related charges.
Hayat had faced a potential retrial by the government and today the federal government filed a motion to dismiss.
READ: Unopposed Motion to Dismiss
In a statement, CAIR-SV Executive Director Basim Elkarra said:
“There aren’t words to express how relieved we are that Hamid is finally going to be truly free. An innocent man spent nearly 14 years in prison, a family was torn apart and an entire community was left traumatized due to prosecution taking advantage of anti-Muslim, post-9/11 hysteria. We will be here to support Hamid and his family as they work to heal after this egregious injustice.”
In a statement, Hayat’s legal team, led by Riordan & Horgan, said:
“Hamid Hayat, his family, and his counsel appreciate the decision of the federal
government today to dismiss the charges against him rather than seeking a retrial. That decision was obviously correct. Two federal judges have concluded that Hamid would not have been found guilty had the powerful evidence of his innocence that won his freedom in 2019 been presented to his jury in 2006.
“While we are grateful for the dismissal, the fourteen years Hamid spent behind bars on
charges of which he was innocent remain a grave miscarriage of justice. They serve as a stark example of how, in the post 9/11 era, the government’s effort to protect the public from terrorism could and did in this case go terribly wrong. Hamid’s exoneration is a cause for celebration, but the story of his case is tragedy that must not be repeated.”
In a statement, Hamid Hayat said:
“When (my attorney) Dennis said ‘Hey, congratulations, it’s over!’ I didn’t believe it. Honestly, it was like a dream. Thank you to my family, CAIR-Sacramento, my legal team and my supporters for standing by me every step of the way.”
After being locked up for more than 13 years in a Phoenix, Ariz., prison, Hayat was released in August 2019 after an order was filed by Senior United States District Judge Garland Burrell Jr. on July 30, 2019, to vacate Hayat’s conviction.
Judge Burrell was the original trial judge in the widely-criticized case that was recently highlighted in an episode of “Confession Tapes” on Netflix.
SEE: Hayat order
WATCH: “Confession Tapes: Marching Orders”
READ: FOR YEARS, REPORTERS QUESTIONED THE TERROR PROSECUTION OF HAMID HAYAT. NOW HE’S BEEN FREED. (Intercept)
Hayat’s case drew national media attention, while concerns were raised about the role that emotions and prejudice may have played during a period of heightened tensions.
CAIR is America’s largest Muslim civil liberties and advocacy organization. Its mission is to enhance understanding of Islam, protect civil rights, promote justice, and empower American Muslims.
La misión de CAIR es proteger las libertades civiles, mejorar la comprensión del Islam, promover la justicia, y empoderar a los musulmanes en los Estados Unidos.
END
CONTACT: CAIR-SV Communications Manager Kalin Kipling-Mojaddedi, 916-441-6269, kkipling@cair.com