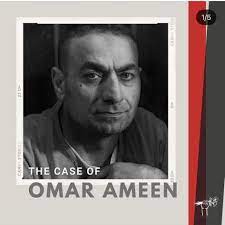 The Sacramento Valley/Central California office of the Council on American-Islamic Relations (CAIR-SV/CC) today announced the release of the search warrant affidavit, an important piece of evidence in the case of Sacramento area resident, father of four, and Iraqi refugee Omar Ameen.

CAIR-SV/CC filed a motion in late September in the interest of understanding what evidence the government relied on in seeking to extradite Ameen.

“We are gratified that the Court agrees with us that the public has a strong interest in seeing the extensive affidavit that formed the predicate for the nightmare that has befallen Omar Ameen and his family.  The Court ruled that this interest outweighs the Government’s interest in keeping that information out of view. All the more so because yet again our government has sought – and continues to seek –to procure unreliable witness testimony against Muslims in this country. We need look no further than the case of Hamid Hayat in this very district, that also rested on the testimony of a well-paid and highly unreliable informant.”

“Omar Ameen is not a terrorist. The FBI’s sworn search warrant affidavit relies in large part on hearsay statements by an unreliable witness who was nonetheless paid off and rewarded with immigration to the United States.

“The US Department of Justice has fought for over three years to keep this document from the public because it undermines the terrorism claims against Omar Ameen.  The affidavit lays out a scattershot, internally inconsistent set of allegations against Omar.  The central allegation, that Omar was leading ISIS in Iraq in 2014, has been proven conclusively false.  Despite this, the United States continues to advance claims by these very witnesses against Omar in immigration court, while refusing him a fair opportunity to defend himself.

“If due process means anything, it’s that the Government can’t cherry pick its evidence, present multiple layers of hearsay to insulate these witnesses, refuse to provide exculpatory evidence, and then block cross-examination into their case. Omar is entitled to due process in defending himself against these false allegations. As his exoneration in extradition court shows, it is critical that he put these claims to the test.

“The search warrant affidavit shows that the Department of Homeland Security is only telling part of the story in immigration court. They are attempting to control the narrative by keeping important and exculpatory evidence out of the immigration court record. However, as more information comes to light, it becomes clearer and clearer that the government repeatedly mischaracterizes evidence and draws unsupported conclusions about Mr. Ameen to further support the U.S. Government’s $8 trillion war on terror.”

On August 15, 2018, Ameen was searched and arrested based on that sealed exhibit, and nearly three years later U.S. Magistrate Judge Brennan relied on that same document in his Order denying Ameen’s extradition to the Republic of Iraq for the crime of murder of an Iraqi police officer.

According to Judge Brennan, the government’s case was “dubious;” its witnesses were “unreliable;” and the narrative presented made “little sense.” In other words, Judge Brennan found that there was no plausible way that Omar Ameen could have committed the murder for which he stood accused. Despite that ruling, Ameen was not released and was instead taken into ICE custody.