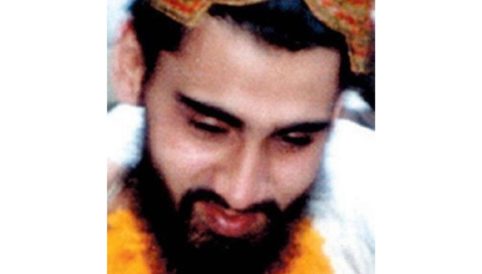 Press Conference Planned Wednesday at Federal Courthouse in Sacramento
(SACRAMENTO, CA, 7/30/19) – The Sacramento Valley office of the Council on American-Islamic Relations (CAIR-SV) today welcomed a landmark ruling overturning the conviction and 24-year sentence of Hamid Hayat, a Lodi resident convicted in 2006 on terrorism-related charges.
The order was filed on Tuesday, July 30, by Senior United States District Judge Garland Burrell Jr., the original judge in the widely-criticized case that was recently highlighted in an episode of “Confession Tapes” on Netflix.
SEE: Hayat order
WATCH: “Confession Tapes: Marching Orders”
On Wednesday, CAIR-SV will join Hayat’s legal team and members of the Hayat family for a press conference in Sacramento.
WHAT: CAIR-Sacramento Press Conference on Hayat Ruling
WHEN: 10:30 a.m. Wednesday, July 31
WHERE: Robert T. Matsui United States Courthouse, 501 I St, Sacramento,
CA 95814
LIVESTREAM: CAIR-Sacramento Valley Facebook page
CONTACT: CAIR-SV Communications Manager Kalin Kipling-Mojaddedi, 916-441-6269, kkipling@cair.com
Hayat’s family said in a statement:
“We have been waiting 14 long years for Hamid to be freed. Hamid cannot get those 14 years of his life back, but we are relieved to see the case take such a big step forward. We miss him and hope to be reunited with him soon.
“We are so grateful to Hamid’s legal team, to the community and to CAIR-Sacramento Valley for their unfailing support over the years. We hope no other family has to endure this pain and sense of helplessness.”
CAIR-SV Executive Director Basim Elkarra said in a statement:
“We applaud Judge Burrell’s decision today. After all these years, we never lost hope that Hamid’s wrongful conviction would be overturned. At the time of Hamid’s case, the prosecution took advantage of anti-Muslim, post-9/11 bias to convict an innocent man. And this much-needed good news comes at a time when Islamophobia and bigotry as a whole is on the rise.”
Hayat’s legal team, led by Riordan & Horgan, said in a statement:
“The court’s decision today correctly finds that Hamid was deprived of a fair trial by the failings of his inexperienced counsel, but it does much more than that. Two federal judges have found credible the testimony of multiple witnesses that Hamid could not have committed the crimes of which he was accused. That is effectively a finding of actual innocence.”
In January, Magistrate Judge Deborah Barnes of the Eastern District of California recommended that Hayat’s conviction be vacated.
SEE: Hayat Opinion, January
BACKGROUND ON THE CASE: Judge in Infamous ‘Sleeper Cell’ Case Agrees to Hear New Evidence That Could Help Convicted Terrorist (The Intercept, 2017)
Hayat’s case drew national media attention, while concerns were raised about the role that emotions and prejudice may have played during a period of heightened tensions.
Hayat, an American citizen, was convicted of having attended a training camp for three to six months while he was in Pakistan between 2003-2005.
In the petition to overturn his conviction, Hayat presented sworn statements from 18 family and community members who stated that he could not have attended the camp because they saw him on a daily basis during the entire time he spent in Pakistan.
That evidence was never presented to the jury that convicted him.
Early last year, new evidentiary hearings were granted for Hayat, to determine whether he was denied a fair trial.
SEE: ‘He’s innocent; he’s been innocent.’ Lodi terror suspect’s family hopes he’ll be released (Sac Bee)
CAIR is America’s largest Muslim civil liberties and advocacy organization. Its mission is to enhance understanding of Islam, protect civil rights, promote justice, and empower American Muslims.
La misión de CAIR es proteger las libertades civiles, mejorar la comprensión del Islam, promover la justicia, y empoderar a los musulmanes en los Estados Unidos.
END