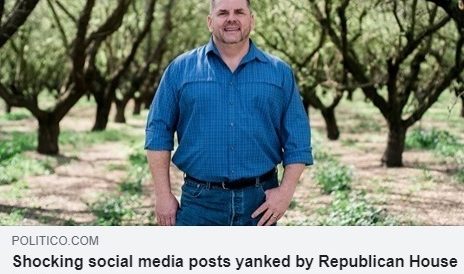 From January 2017 to March 2018, Howze’s Facebook and Twitter accounts reportedly shared posts calling Islam a “death cult” and that made fun of a Parkland high school shooting survivor – among other disturbing content. Howze asserts he did not post those comments.

“It is very distressing that over the course of more than a year, as he was gearing up for a political campaign, Ted Howze says he didn’t know that such hateful content was posted on his social media. As these are his accounts, the responsibility of what is posted on them lies with him. His lack of answers about who was posting and why it took him so long to remove the posts is also concerning. He needs to take full responsibility and be fully transparent about what occurred.”