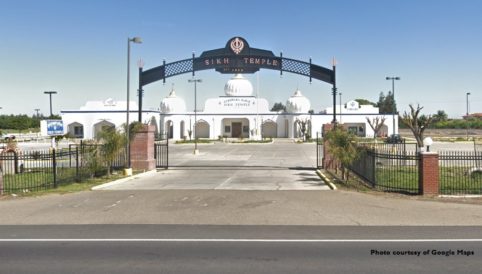 (SACRAMENTO, CA – 7/27/2019) – The Sacramento Valley/Central California office of the Council on American-Islamic Relations (CAIR-SV/CC) today condemned an attack on a Sikh priest that occurred late Thursday on the grounds of the Gurdwara Sahib – Sikh Temple Modesto/Ceres in Hughson.

The priest, Amarjit Singh, reported that someone broke windows at his home around 9:30 p.m. Thursday. When Singh lifted the blinds, he was punched in the neck, he said. Singh also reported that the intruder said, “Go back, go back to your country.”

Rep. Josh Harder, D-Turlock, called the attack a hate crime, but the Stanislaus County Sheriff’s Department said it is too early in the investigation to do so.

“We condemn this attack and stand with our Sikh brothers and sisters,” said Basim Elkarra, executive director of CAIR-SV/CC. “The perpetrator reportedly used the U.S. president’s own hate-filled words – ‘Go back’ – in an attack on a Sikh priest. Hate speech coming from the highest levels of our government has endangered marginalized communities and emboldened bigots to commit acts of hatred.”

CAIR has reported an unprecedented spike in bigotry targeting American Muslims, immigrants and members of other marginalized groups since the election of Donald Trump as president.

There was a 17.4 percent spike in California hate crimes from 2016 to 2017, according to a report by the attorney general.

Elkarra urged community members to report any bias incidents to police and to CAIR-SV/CC’s Civil Rights Department at 916-441-6269 or by filing a report at http://bit.ly/cairsvreport.