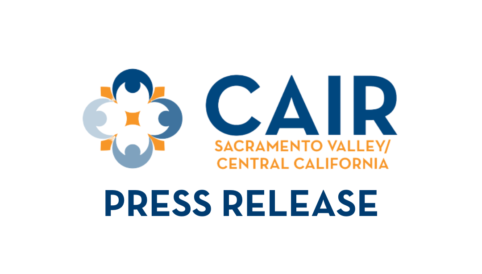 On Thursday morning, police received a report that Umai Bar and Grill had been vandalized.

Upon their arrival at the scene, police found racist graffiti spray-painted on the front doors of the eatery. The graffiti was reportedly aimed at people of Asian descent.

After an investigation, which included surveillance video from the scene, police arrested 43-year-old Lahn Hansen of Elk Grove.

Hansen was arrested on suspicion of a hate crime, among other charges.

“We condemn the disturbing racist vandalism targeting Umai Bar and Grill and welcome the arrest and hate crime charges. We cannot remain silent in the face of bigotry and we must come together to call out any and all racism. We applaud the community’s show of support after the incident.”

Elkarra urged community members to report any bias incidents to law enforcement and to contact CAIR-SV’s Civil Rights Department at 916-441-6269 or by filing a report at bit.ly/cairsvcccivilrights.