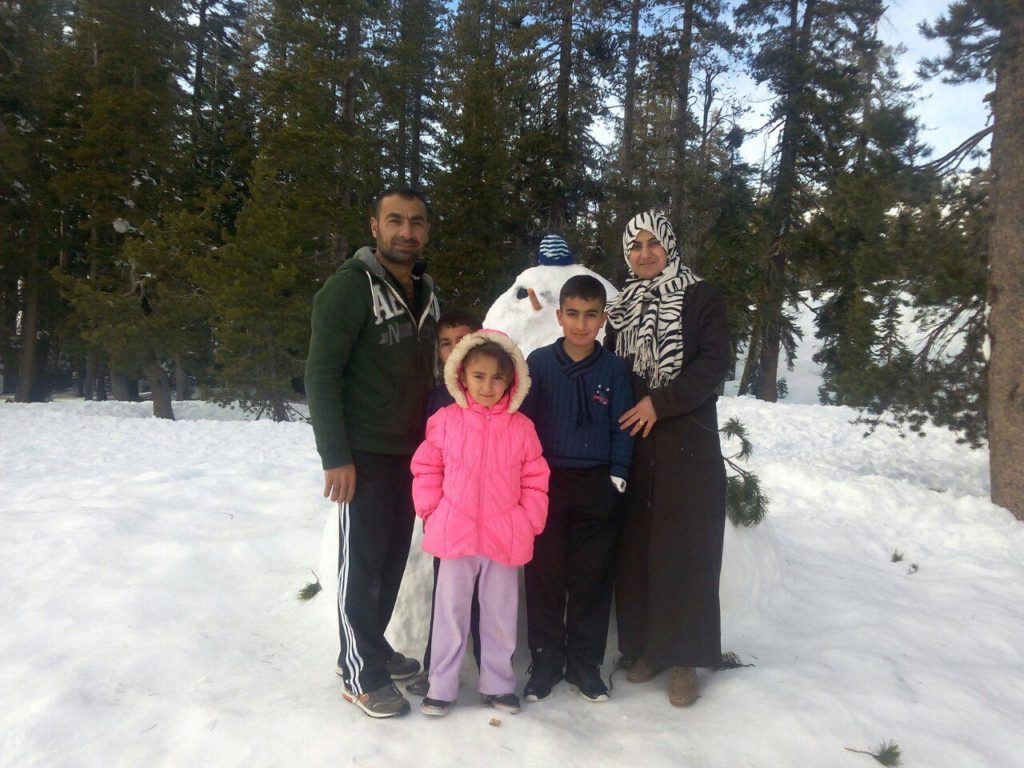 Federal judge rejects extradition of Ameen, who was falsely accused of being ISIS commander; supporters to hold press conference
(SACRAMENTO, CA, 5/6/21) — Sacramento resident and Iraqi refugee Omar Ameen, who spent almost three years in solitary confinement fighting extradition on false accusations, was recently exonerated by U.S. Magistrate Judge Edmund Brennan. Despite that ruling, Ameen was not released and is now in U.S. Immigration and Customs Enforcement (ICE) custody.
READ: An Iraqi Refugee Falsely Accused of Being an ISIS Killer Can Stay in the US, for Now (Vice News)
READ: CAIR California Action Alert – Contact Your Representative to Demand Omar Ameen’s Immediate Release
Ameen was falsely accused of being an ISIS commander who murdered an Iraqi policeman, a capital offense. The case was instrumental to the Trump administration’s narrative that Muslim refugees were a “Trojan horse”; indeed, Ameen’s arrest was the sole incident cited by former Secretary of State Pompeo when announcing the reduction of the 2019 refugee resettlement ceiling 15,000 fewer from the year before.
Judge Brennan on April 21 issued a strongly worded ruling that rebuked the prosecution for a dubious case and non-credible witnesses. He stated of the prosecution’s case, “This series of events is simply not plausible,” and said Ameen’s defense met the nearly impossible legal standard of “obliterating probable cause.” [Full decision here.]
Although the ruling exonerated Ameen, he has not yet been freed and reunited with his wife and four children in Sacramento. Instead, Ameen was immediately transferred into ICE custody on a holdover immigration order bearing the same false accusations he just fought. If Ameen is sent back to Iraq, he will face the same fate as if he had been extradited: a sham trial and near certain death penalty.
On Monday, Sacramento Mayor Darrell Steinberg and Sacramento City Council members called for Ameen’s release in a letter, saying, “We urge the immediate release of Mr. Ameen and an end to his deportation proceedings. Not only is there no basis for his continued detention or deportation, the false accusations against Mr. Ameen would place him in danger of wrongful execution were he returned to Iraq.”
READ: Sacramento mayor, council members seek release of Iraqi refugee Omar Ameen (Sac Bee)
On Tuesday, May 11, which is Ameen’s 1,000th day in detention, supporters will hold a press conference in Sacramento.
If You Go
WHAT: Press conference on Omar Ameen case, featuring his attorney and supporters, including the Council on American-Islamic Relations’ Sacramento Valley/Central California office (CAIR-SV/CC) and Hamid Hayat, another Sacramento-area man who was wrongfully convicted of terrorism-related charges and imprisoned for 14 years.
WHEN: 10:30 a.m. PT on Tuesday, May 11
WHERE: 650 Capitol Mall, Sacramento
CONTACTS: Emily Hawley, Free Omar Ameen Network, 503-473-3642, emahawley@gmail.com; Rachelle Barbour, Assistant Federal Defender, 916-258-7330, rachelle_barbour@fd.org; Layli Shirani, CAIR-SV/CC Senior Civil Rights Attorney, 916-441-6269, lshirani@cair.com
Omar Ameen said in a statement:
“It has been almost three years since I was woken up and taken away suddenly from the arms of my family. I didn’t even get to say goodbye to my wife and children, because I was certain that it was a mistake and that I’d be back the same day. I then spent two years and eight months at Sacramento jail on charges that I am completely innocent of. The judge found me innocent and ordered me to be immediately released, but the immigration police didn’t let me go home the day I won the case on April 21, 2021, and they are detaining me in a faraway location now. My family and I thought I’d get to go home that day. I am so grateful to the judge for listening to all the evidence and I thank God that in this country I had the right to defend myself and be found innocent. I love America and want to enjoy living here the rest of my life with my wife and children. It saddens me that I still have to fight for my freedom again. Please let me go home to my family now so that I can enjoy these last few days of Ramadan with them, break my fast with them, and enjoy my first Eid with my children in over two years.”
Rachelle Barbour, Ameen’s Attorney, said in a statement:
“The government needs to know that this case is a mockery of justice. Omar is absolutely innocent, and this case should never have been filed. Our judge found that we obliterated the Government’s evidence: Omar was in Turkey with his family, not in Iraq committing a crime. It is unacceptable that ICE is holding him on the same allegations. ICE is proceeding on a stale, outdated, and false set of charges, and it is Kafkaesque that Omar is being forced to fight them again. Omar must be freed immediately to reunite with his family in Sacramento.”
Emily Hawley, who worked on Ameen’s case as a law student and coordinates the growing Free Omar Ameen Network, said in a statement:
“This case is devastating. The U.S. government has robbed Omar of three years of his life in the United States, a place that was supposed to be a refuge for him and his children. Instead, since 2018, the Ameen family has lived a nightmare. He has now been vindicated in a U.S. courtroom, yet this nightmare is not over. Omar is still in custody and facing deportation to Iraq, where we credibly fear that he will be executed.”
Layli Shirani, Senior Civil Rights Attorney for CAIR-SV/CC who was also an attorney for Hamid Hayat, said in a statement:
“Omar Ameen is an innocent man who has been grievously wronged by the U.S. government. Omar will never get the years back with his family that he has already lost due to baseless accusations, Islamophobia and xenophobia. It is long past time to release him and return him to his family and to his community.”
###