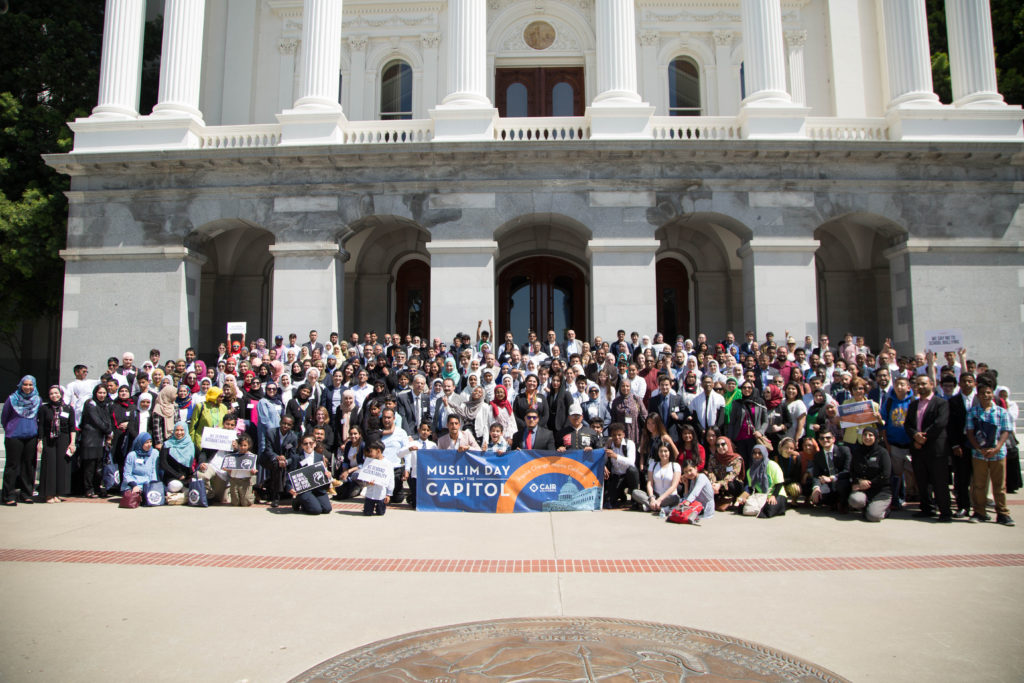 (SACRAMENTO 4/27/2018) More than 700 Muslim community members, religious leaders, students and activists spent April 23 at the State Capitol in more than 100 advocacy meetings with elected officials as part of the seventh annual Muslim Day at the Capitol (MDAC), organized by the California Chapter of the Council on American-Islamic Relations (CAIR-CA).

The participants advocated on three issues in an effort to promote just, equitable and progressive policies within the State. These included protecting the rights of immigrants, setting standards for the use of force by police officers, and setting measures to prevent school bullying.

1)  ANTI-BULLYING (AB 2291) –  CAIR-CA Co-Sponsoring
The bill would require school districts and county offices of education to include policies and procedures relating to bullying and the prevention of bullying adopted pursuant to the Safe Place to Learn Act in their school safety plans. This bill would require the department of education to post the online training module developed by the department and an annually updated list of other available online training modules relating to bullying or bullying prevention.

3)  POLICE ACCOUNTABILITY (AB 931)
Authorizes police officers to use deadly force only when it is necessary to prevent imminent and serious bodily injury or death – that is, if, given the totality of the circumstances, there was no reasonable alternative to using deadly force, including warnings, verbal persuasion, or other nonlethal methods of resolution or de-escalation. This bill also establishes that a homicide by a peace officer is not justified if the officer’s gross negligence contributed to making the force “necessary.”

“Muslim Day at the Capitol aims to provide our community with a platform to build relationships with their legislators and advocate for issues that positively shape our local communities.” said CAIR-CA Chief Executive Officer Hussam Ayloush. The growing success of MDAC each year illustrates that CA Muslims are strengthening their political muscle and helping influence CA politics for a more inclusive, tolerant and just state.”