The Muslim Ban Is Still In Place. Here’s What Can You Can Do. 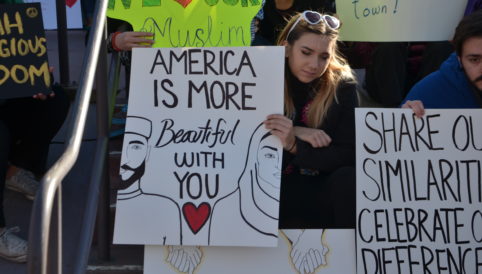 Together, we raise our voices to say: No Muslim Ban Ever.

The Muslim Ban is one of our most important campaigns, and we have been working on it relentlessly since January 2017. We serve as the regional anchor in Sacramento for the national No Muslim Ban Ever campaign – a grassroots effort to create mobilization and awareness around the Muslim Ban.

Find out when our next Know Your Rights Clinic is.

On June 26, 2018, the Supreme Court issued a 5-4 decision in support of Trump’s bigoted Muslim Ban. This is bad, but it’s only given us more resolve. It’s more important than ever to know your rights despite this decision.

Since December 4, 2017, the Muslim Ban has been in full effect for certain individuals from Iran, Libya, North Korea, Somalia, Syria, Venezuela and Yemen. All are facing  difficulty in their applications for visas to be united with family, study in the U.S., get medical treatment or visit for tourism.

Here are tips about what you can do and who is affected: 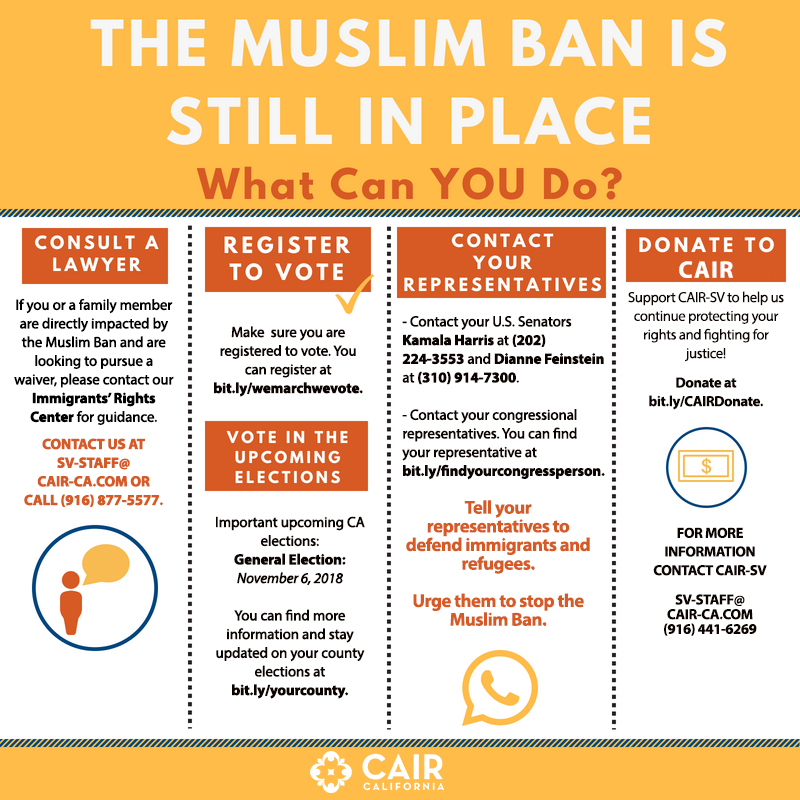 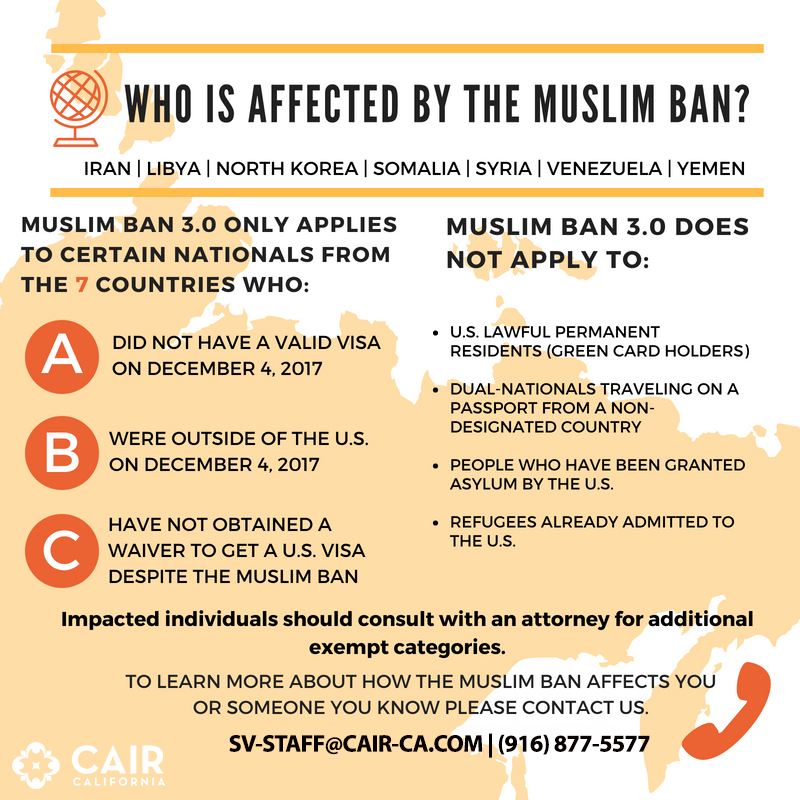 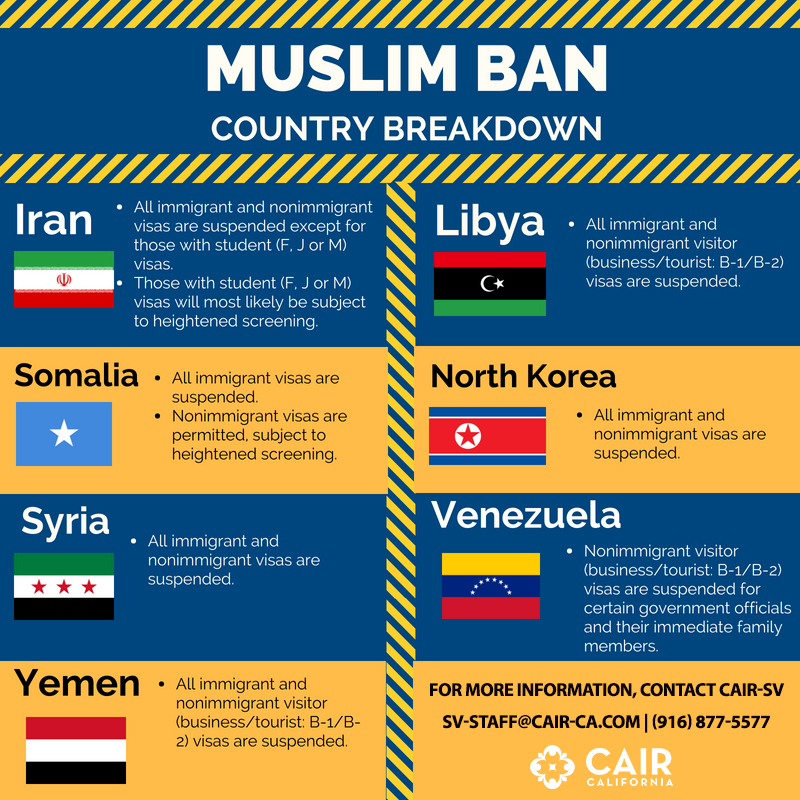 Read more about what you need to know here. Get tips on how to cope with the decision here.