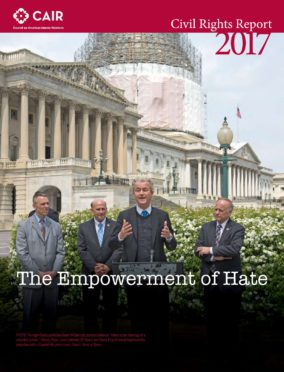 From 1995 to 2009, CAIR published an annual report on the status of Muslim civil rights in the United States. This report is the successor to those documents.

CAIR has invested significant resources in improving our human resources, case intake and investigation, case management, and classification processes in the intervening years. We also decided to exclude bias directed at CAIR from this report so it more accurately reflects the experience of the community and not an institution.

The changes since 2009 come in four primary groupings: