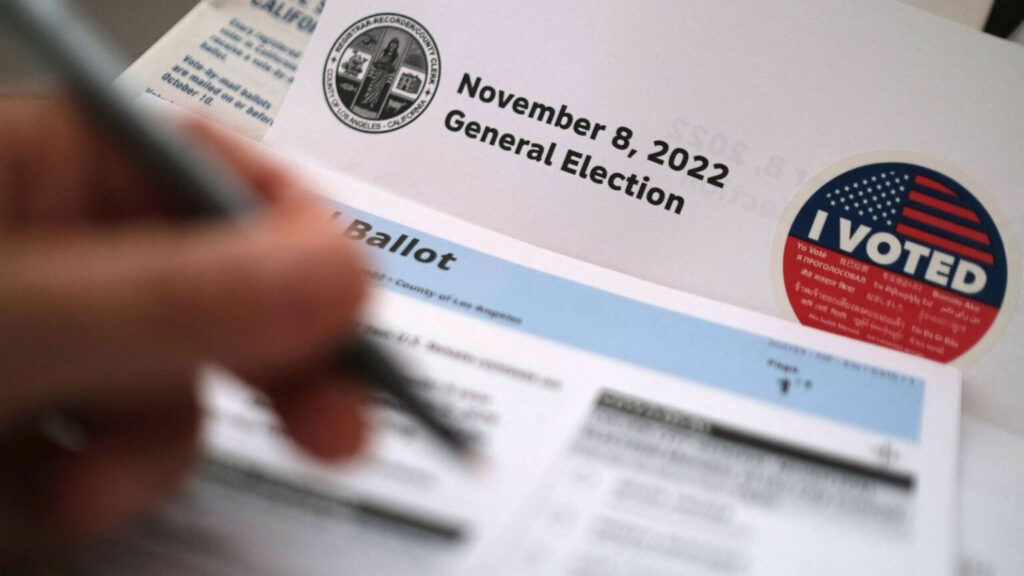 Elections are a stage for the people’s voice and we thank you for bringing the Muslim voice to life at the polls! We’re following the election with you; this newsletter includes results as they roll in and highlights key races in your region.

These are the first elections after census redistricting efforts, which bore witness to significant swing district races as well as a historic number of Muslim candidates. These results will impact the nation’s political landscape over the next two years and provide increased representation of the Muslim community at all levels of government.

Please contact the CAIR-SD office at info@sandiego.cair.com or (858) 278-4547 if you have any questions or would like to get involved with our various civic engagement efforts.

Background: Catherine Blakespear serves as Mayor of Encinitas and Matt Gunderson is the owner of GSM Auto Group.

Background: Chris Duncan serves as an attorney with Homeland Security and Laurie Davies serves as the Mayor of Laguna Niguel.

Background: Assemblymember Akilah Weber serves as the incumbent assemblymember seeking re-election and Corbin Sabol is a Project Manager at Northrop Grumman, an aerospace and defense contractor.

Background: Dan McAllister has served as the incumbent since 2002 and Greg Hodsevich serves as the Chief Financial Officer of a defense and aerospace company.

Background: This election determines the replacement of former Sheriff William Gore who is retiring after a 12-year tenure as County Sheriff. Kelly Martinez served as a 30-year sheriff with the San Diego County Sheriff’s Department and former Assistant City Attorney and John Hemmerling served as a law enforcement officer.

San Diego County Board of Supervisors

Background: Nathan Fletcher serves as the incumbent Supervisor since 2019 and Amy Reichert is a small business owner and a state-licensed private investigator.

Background: Jim Desmond serves as the incumbent Supervisor since 2018 and is the former Mayor of San Marcos. Tiffany Boyd-Hodgson serves as the Director of the Vallecitos Water District and neuroscientist.

San Diego County Board of Education

Background: Alicia Munoz serves as the incumbent board member for the San Diego Board of Education and president of the Academic Senate. Marvin Attiq is a manufacturer and founder of Gerdology and The Bottle Haus.

As a note, CAIR-CA is a nonprofit, nonpartisan 501(c)(3) organization and cannot advocate for specific candidates for office or party preference. However, CAIR-CA can encourage American Muslims to engage in the election process, conduct voter registration training programs, issue briefings, host candidate forums, educate the community on issues, take positions on legislation, and lead get-out-the-vote drives. CAIR-CA also issues Voter Guides for state and local elections, and both are made available on your local CAIR office’s website. made available on your local CAIR office’s website.