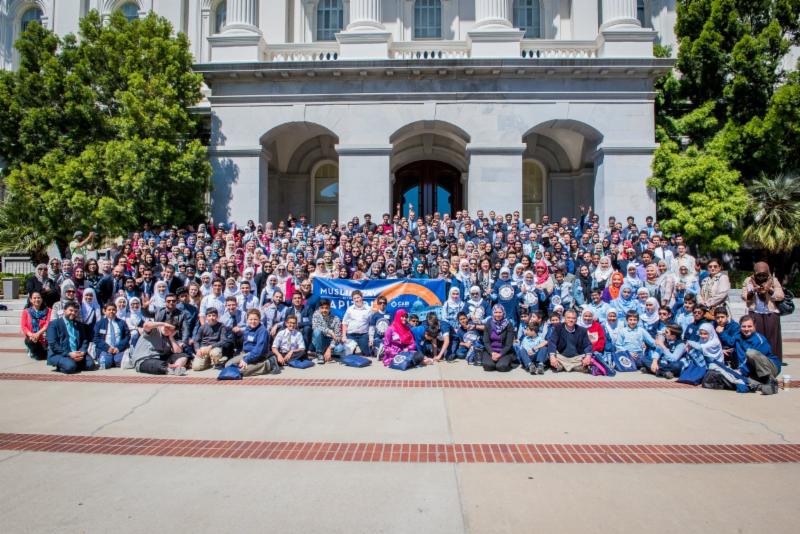 (San Diego, CA, 5/2/16) Last Monday, April 25, over 600 Muslims of all ages from across California held over 90 advocacy meetings with elected officials and their staff in Sacramento as part of the fifth-annual Muslim Day at the Capitol (MDAC) organized by the California chapter of the Council on American-Islamic Relations (CAIR-CA). Among the attendees, about 60 were delegates from the San Diego and Imperial County Areas.

WATCH KGET 17: Hundreds Turn Out for CAIR-CA Muslim Day at the Capitol

Participants sought the support of their legislators on four issues in efforts to promote just, equitable and progressive policies within the State. These included protections for immigrants, measures to prevent school bullying, the right to engage in boycott, divestment and sanctions (BDS), and police accountability.

The event's legislative agenda was as following:

The Muslim community's size, diversity, and civic engagement was the highlight of the day.

"Our community made history by joining Muslim Day at the Capitol and communicated directly with government representatives our concerns ," said CAIR-San Diego Executive Director Hanif Mohebi. "Last week our community advocated for civil and human rights for all Californians."