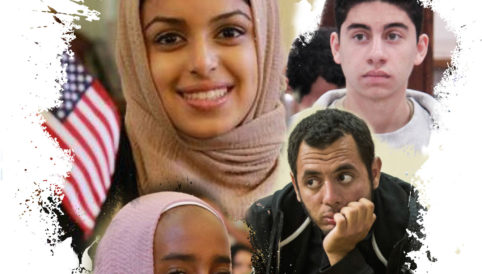 As part of our work to empower and engage young American Muslims, CAIR-CA ofﬁces set out on a statewide effort to better understand Muslim youth’s encounters with bullying and other experiences at school.

Our efforts centered around a survey of nearly 500 Muslim students as well as listening sessions held across the state, culminating in a groundbreaking report released last December, “Growing in Faith: California Muslim Youth Experiences with Bullying, Harassment and Religious Accommodation in Schools.” Overall, those surveyed reported a generally healthy school environment. However, some of the report’s major ﬁndings were:

In addition, a majority of school-related cases reported to CAIR involved harassment by teachers. Many students also expressed a belief that reporting the bullying incidents to authorities or parents would not be helpful.

The report, disseminated widely to advocates, community members, funders, journalists and policymakers, includes information for parents on how to request religious accommodation and recent changes to the law because of high-proﬁle cases of extreme bullying in schools. We have also distributed thousands of copies of a convenient pocket guide to help students understand bullying and ways to combat it.