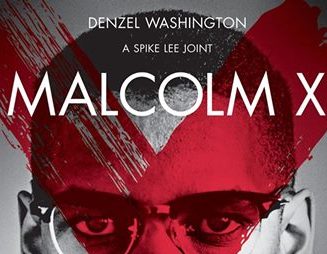 In 2019, CAIR-SFBA will be holding a monthly movie night at the office.

This is an opportunity to collectively engage in learning, to give context, empathy, and depth to our solidarity and understanding of self. This is an opportunity to raise the consciousness of our community, by exposing one another to the stories and experiences often made invisible to us and often experienced by our own community members. Through this learning, may we be moved to address difficult and challenging social, political, and economic needs of this country.

Dr. Sohail Daulatzai writes in the Aljazeera piece: “Respect the architect: Malcolm X, the elections and the politics of empire”

“For to be black in America is enough to be deemed un-American, but to be black and Muslim is to be anti-American. While the “smearing” of Obama as a Muslim in the post-9/11 climate is informed by the threat posed by that thing called “al-Qaeda”, Obama’s blackness and his “proximity” to Islam is really a deeper seated anxiety around Malcolm X, who challenged American authority over not only the black past but also a black future, demanding that black people view themselves not as a national minority but as part of a global majority.

For Malcolm X, “Islam was the greatest unifying force of the Dark World”, and the Muslim third world had a defining impact on Malcolm X’s life and political vision, whether it was the spiritual centre Mecca or the anti-colonial struggles in Egypt, Algeria, Palestine, Iraq and elsewhere. But for Malcolm one didn’t have to be a Muslim. What was important was the recognition of a racial reality to one’s secular suffering that would view white supremacy as a global phenomenon and link black struggles with those in the third world.

But there has been a persistent demand to contain and even erase the possibility of black internationalism in the US. As a fulfillment of the Civil Rights tradition”

— For any questions or concerns, please reach out to Ossama Kamel at okamel@cair.com. —