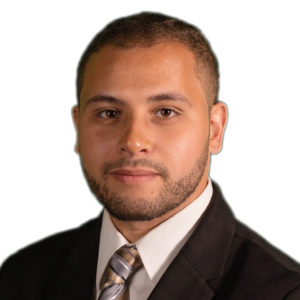 Abdelhamead Ibrahim is a Bay Area native. He graduated from San Jose State University (SJSU) and during college was actively involved with student outreach and community organizing. He held various positions on the board of SJSU’s Muslim Student Association (MSA) and represented this MSA as a delegate to MSA West. Additionally, he co-founded SJSU’s Students for Justice in Palestine chapter which campaigned successfully for a resolution to divest from corporations profiting from the occupation of Palestine. SJSU was the first campus in the California State University System to pass a resolution of this type.

Abdelhamead’s involvement with CAIR began with volunteering at outreach events and at CAIR-SFBA’s Annual Banquet. In 2014 Abdelhamead was named CAIR-SFBA’s Volunteer of the Year. He joined the board in 2016.

Abdelhamead currently lives in the South Bay, and volunteers at local Masaajid. He also volunteers with the Muslim American Society and is involved in various youth groups. His hobbies include hiking and reading.