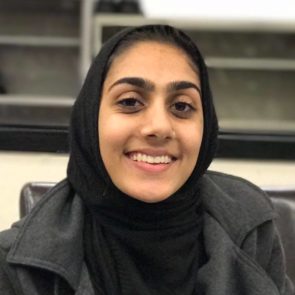 Zoha Raza is the Communications Coordinator for the San Francisco Bay Area office of the Council on American-Islamic Relations (CAIR-SFBA). In this position, she works on amplifying American Muslim voices and perspectives in different forms of media and to raise visibility within the American Muslim community about CAIR’s work and services.

Zoha graduated from University of California, Davis with a degree in Communications. Her passion for social justice work began in high school when she was a participant in CAIR’s Muslim Gamechangers Network.

Since then, her passion to promote justice and make a positive impact has grown exponentially. In the past years, she has helped engage Muslims to vote, coordinated youth leadership programs, and aided different Muslim social justice efforts around the Bay Area. Zoha has been published by different outlets including SF Chronicle and San Jose Spotlight.

Outside of work, Zoha enjoys video editing, playing basketball, and rewatching episodes of The Office.