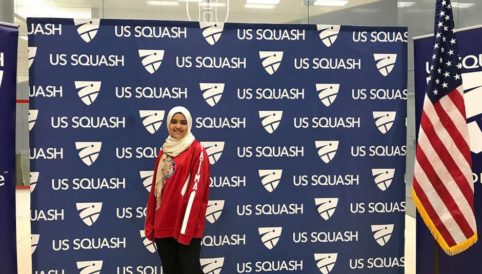 The Bay Area office of the Council on American-Islamic Relations alleges Air Canada employees discriminated against a 12-year-old national squash player by forcing her to remove her hijab in the middle of a bustling tunnel at San Francisco International Airport in August.

The employee, the complaint alleges, demanded she remove her hijab because it was part of their preboarding identification procedure. Two more employees told Fatima she needed to remove it because she was not wearing it in her passport photo.

She asked if she could remove it in a private screening area in front of female Air Canada agents, but the complaint says the employees refused and instead led her to a tunnel where travelers were boarding a flight, forcing her to remove her hijab within view of passing strangers.

“This experience not only went against Ms. Fatima’s reasonable request to be able to adhere to her religious beliefs but also left her feeling angry and humiliated,” the complaint reads.

The council is requesting monetary damages for Fatima’s emotional distress, formal reprimands of the involved Air Canada employees, competency training for all employees, a written apology, and copies of Air Canada’s current antidiscrimination policy and its former and current identity screening policy.